Chris Roessler of Boardroom Spirits, a boutique distillery serving the Philadelphia area, never expected a change in business title due to the coronavirus pandemic, but that’s what happened. “I'm the marketing coordinator, but in terms of my COVID-19 pivot, I’m now the online sales coordinator,” he says.

The title change was the result of a business reorganization: What started as a predominantly wholesale business during the pandemic moved to online retail sales, first with curbside pickup and then home deliveries. In that timeframe, the company also became a sanitizer producer and distributor. It all happened in a few weeks.

Boardroom Spirits started some four years ago by a husband, wife, and brother team that learned to make vodka in Eastern Europe. The company expanded into fruit-and vegetable-based whiskies and brandies while gaining exposure with the backing of minority owner and celebrity chef Robert Irvine.

The company’s main sales channels were through state-owned liquor stores, individual sales at its two tasting rooms, and events such as an annual Christmas Village. Deliveries consisted of a bi-monthly run in two Promaster vans from the distillery in Lansdale, Pa. to the state’s warehouse, as well as to 10-15 area restaurants.

The pandemic turned the model upside down. Stay-at-home orders forced the closure of the tasting rooms where the majority of the company’s staff works, with the balance in production. “The first huddle up we had as a business was, ‘How are we going to get all these people back to work?’” says Roessler.

The closure of Pennsylvania liquor stores worked in the company’s favor, as the only places for individuals to purchase alcohol at that point were breweries, distilleries, or wineries.

The company decided to create and market a curbside pickup option — a no-touch drive-thru system that went into operation in March. “But then we realized that people were just scared to go outside,” Roessler says.

The company quickly rebuilt its website to accommodate what would become a flood of retail orders. Roessler stayed up for 19 hours to prepare the new site for launch. The concept took off and the distillery returned to full-time production.

This necessitated graduating from off-the-shelf routing software to an automated route optimization system. “One day we had about 75 deliveries and I just could not figure out how I was supposed to route all of them through what was functionally a souped-up Google Maps,” says Roessler.

After some research, he chose OptimoRoute, a web-based route planning and optimization system for deliveries and mobile workforces. Roessler imports addresses and orders into the system, which calculates the most efficient routes for each driver.

“I push a couple buttons and it tells me where I need to send everything,” he says.

The routes are sent to the apps on drivers’ smartphones. Drivers document each stop, and if a new one is added, routes are automatically adjusted on the fly. Roessler can communicate with them through the app. The system uses GPS in the smartphones to track drivers in 15-second increments.

The system generates reports and analytics to show driver performance over time and allow for bigger picture route strategizing.

“On a busy day, our original process took me a little over two hours (to complete the day’s routing) and OptimoRoute brought that down to 25 minutes,” Roessler says.

During this time, the company made its next big pivot: When Pennsylvania relaxed industrial regulations regarding production and distribution of sanitizer, Boardroom Spirits immediately applied for a license.

The supply chain was an issue at first, particularly regarding plastic gallon jugs, four-ounce spray bottles, and ethanol. But being in the spirits business gave it an advantage in making ethanol, which it produced from expired wine and beer from vendor partners.

The move to produce sanitizer wasn’t to increase profits. For each consumer delivery, the company gives away a free four-ounce bottle of sanitizer. Larger liter-sized bottles or jugs are sold at cost.

Unlock the Data Hiding Inside Your Fleet

Discover how to put the power of data to work for your business. 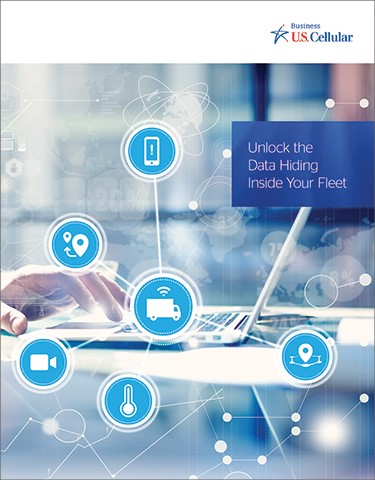 “When people come here to get a bottle, they get something to take their minds off (the pandemic),” he says, “And we also offer something to help keep them safe too.”

A typical day could generate over 100 deliveries, delegated to four drivers. The deliveries reach a radius of about 30 miles from the company’s distillery. “We’ve been able to distribute as much sanitizer and product is because of the routing software,” Roessler says. “I now understand how routing works.”

“The need for people to stay at home is what drove us towards this,” he says, “but absolutely, this is a long-term effort for us.”

Trucking Through the Pandemic

$350,000 on Hand Sanitizer: How Werner is Responding to the COVID-19 Pandemic

Schneider has collaborated with Blue Yonder to create a new carrier marketplace within the Blue Yonder transportation management solution.

Trimble and Kuebix recently announced new capabilities for its Community Load Match platform, which helps shippers and carriers optimize how freight moves throughout the supply chain.

With all 50 states relaxing COVID-19 shutdown orders to various extents, trucking shipments and rates are heading back up – but don't expect a true recovery until 2021.

Getting Fleet Back on Track

Restarting truck fleets after the pandemic requires attending to mechanical issues, understanding the new compliance landscape, and bringing your personnel back online safely and efficiently.

The ability of fleets to deliver their loads to the right place at the right time is more important than ever to the economy, but last-mile routing remains a huge challenge.

Confused by artificial intelligence terms? Here's a glossary of some of the most common.

In our May 2020 issue, we shared five ways artificial intelligence can help trucking. Here are additional insights for those who want a deeper dive.

What is artificial intelligence, and how can you use it in your fleet?

What Artificial Intelligence is Good at – And What it's Not

There are some tasks that artificial intelligence is really good at – and some that it’s not. And that has implications for the use of AI in trucking, from chatbots to autonomous trucks.