It's called the eTruck. Built by Daimler’s Mercedes-Benz division, it was wheeled out at the IAA Commercial Vehicle Show in Hannover, Germany, last year. And this week, the automaker announced it is supplying an extremely exclusive group of customers with the first 20 pre-production models to run them for a year as a sort of real world Beta test in German cities.

At first glance, the eTruck looks like a fairly conventional European truck design, but underneath there’s some pretty interesting advanced engineering. The truck is fitted with 212 kilowatt-hour (kWh) battery packs, allowing for a range of around 124 miles per charge, according to Mercedes-Benz. The powertrain is centered around front- and rear-mounted electric motors, providing a combined 335 hp and 737 lb-ft of torque. Payload capacity is rated up to 12.8 tons, with a permitted gross vehicle weight of around 25,000 lbs. and a GVWR of up to 50,000 pounds – not bad for urban delivery applications.

And that’s not Daimler’s only electric vehicle effort: The company also owns a significant share of Mitsubishi-Fuso. And reports indicate that an all-electric version of the company’s medium-duty Canter cabover trucks — fittingly called the eCanter – is set to get a similar real-world test run in Japan and North America soon.

Of course all of this comes on the heels of the introduction of the Nikola One Class 8 electric tractor a few months ago.

All this begs the question: Are electric trucks about to become a “thing?”

The short answer is yes. In some ways, EV technology seems to be mirroring autonomous technology – most strikingly in that the timeline for production and adoption is accelerating at a pace far faster than many “experts” (myself included) initially anticipated.

EVs aren’t going to be a fit for every fleet. But they make a lot of sense in crowded, smog-plagued cities – especially for fleets running fixed routes in those conditions. Given those parameters, the technology is clearly viable and, in fact, has been successful in major European cities for years. So the race is on for bigger, more powerful, longer-ranged electric trucks. And once a technological race between competitive OEMs starts, the toothpaste is pretty much out of the tube and not going back in.

Another factor to consider are the proposed second-round of Greenhouse Gas Emissions being floated by the California Air Resource Board (CARB) which clearly indicate an expanded role for EVs as a way of further reducing emissions in the Golden State and other pollution-conscious states and cities nationwide.

In fact, it is not unreasonable to predict that should EV technology prove itself out in these upcoming real-world test runs, that CARB could begin requiring fleets to run a mandatory percentage of EVs in certain applications.

That’s not music to regulation-averse trucking execs. And President Trump certainly is a wild card in terms of emissions regulations at the moment. My money is on a full-blown war between the Trump administration and CARB in the near future. But no matter what happens, it seems EVs are finally on a path to production here in North America. Can they survive on the free market alone and without government mandates? Time – and those same real-world tests I just mentioned – will tell. 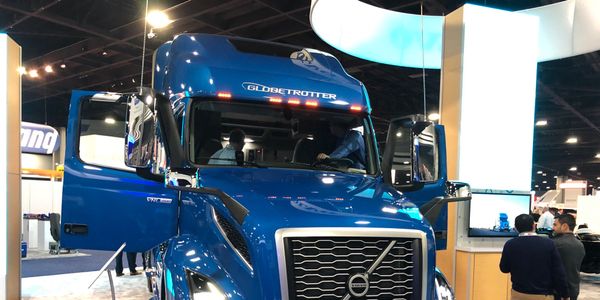