Kenworth’s W900 has become a staple of the show ‘n shine circuit, its long hood and gleaming accents seem to guide drivers down the highway. The look has had a starring role in movies and been immortalized in belt buckles.

Now it has been re-imagined in the form of the W990.

“We’re celebrating the legacy of the W900 and the introduction of the next generation,” said Kenworth general manager and Paccar vice-president Mike Dozier, during a customer launch party at the Las Vegas Motor Speedway. “A lot of passion, a lot of pride, have gone into what we think is a really special product.”

The W900L remains available, he stressed. “But we’re planning for the future.”

Redefining a model like this is no small matter. The W900 has, in one form or another, been a staple of Kenworth’s lineup since 1961. The W is even a nod to Edgar K. Worthington, one of the company’s founding fathers who gave the brand its "worth."

“Redesigning an icon is a once-in-a-lifetime opportunity for a design team,” added Jonathan Duncan, Kenworth design director. Trucks like Kenworth’s T680 on-highway tractor and medium-duty models are important, he said. But they’re different. “They don’t sing songs about those. They don’t put those trucks on belt buckles necessarily.”

The Las Vegas event was the first opportunity most people outside of the Paccar family have had to soak in the truck’s unique profile. Marketing teams have been keeping the truck under wraps for months, shrouding the distinct hood as it moved to photo and video shoots.

“The driver’s view over the hood, that’s a huge part of the appeal,” Duncan said. “It’s really designed to accentuate the hood … All this creates kind of an emotional connection to the driver.”

Sitting up front is the largest cooling module found on any of Kenworth’s on-highway trucks, Duncan said. And the shape is 6-7% more aerodynamic than a W900L, although he admits that won’t likely be the main driver for most buyers.

Much of the appeal will focus on the appearance.

The grille at the front maintains what’s described as a “cathedral shape”, with inset surfaces to define a tailored look.

The “wind-split” raised section at the top of the hood itself is meant to accentuate its length as drivers look over the dash. Stainless steel air intakes wrap over the top so they can be seen from the driver’s seat, too, and against some colors they’re said to look twice as deep as they actually are.

Inside, final touches come in the form of a limited-edition cab and sleeper interior, and the W990 Driver’s Studio Package. The interior itself is black, accented by door and dash trim elements made in a glossy ravenwood. Blue accents can be found in the double-stitched diamond door pads, leather-wrapped steering wheel, and the backing for driver and passenger seats that have suede charcoal inserts and perforated leather.

For living quarters, the W990 Driver’s Studio features the passenger seat that swivels 180 degrees and a rotating table for two, drawer-style refrigerator, and space for a microwave. The premium audio package includes a 320-watt amp, 10-inch subwoofer and eight speakers; swivel TV mount for up to a 28-inch flat screen TV; and optional EpicVue pre-wire for satellite TV. There’s an 1,800-watt inverter including a connection for shore power and four standard 120-volt sleeper outlets. The LED lights shine over it all.

The ever-important storage amenities come in the form of a full-size wardrobe, storage drawers, and storage space under the bunk.

While it offers a nod to the company’s heritage, the W990 also comes standard with the latest TruckTech+ remote diagnostics, and the seven-inch color in-cab NAV+HD display for navigation, audio controls, blind spot camera inputs and more.

Paccar Parts was also involved in the process to create aftermarket enhancements like a special LED lighting package and stainless trim.

“They’re going to want to customize their trucks,” Duncan said, referring to early buyers. “We’ve given them a great place to start.”

The truck will visit 20 dealerships in the U.S. and Canada in October and November.

John G. Smith is the editor of the award-winning Canadian publication Today's Trucking. This article was used under a cooperative editorial sharing agreement between HDT and its Canadian counterpart.

WATCH: On the Spot with Kenworth's new W990 [Video] 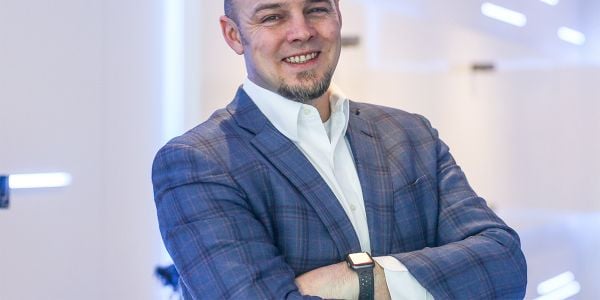