Reduced engine speed at cruise, or downspeeding, is a proven fuel-saving strategy for fleets that meet the required operational profile. But high torque and low axle ratios can create all sorts of havoc with drivetrain components.

Downspeeding first hit the radar screen in 2011, with engine speed lowered to about 1,150 rpm at 65 mph. Today there’s talk of downspeeding over-the-road truck engines to as low as 900 rpm at highway cruise speed. That sends as many shudders through the engineering departments of the driveline suppliers as it does through the driveline itself.

The potential for trouble revolves around the multiplying effect of a transmission’s gear ratios and the ratios of the rear axles. In tests conducted a few years ago, Meritor’s engineers found that an engine producing 1,550 lb-ft of torque was actually putting 21,600 lb-ft of torque through the driveshaft and back to the rear axle. That was an astonishing 58% more torque than they had expected, and well above the rated maximum torque values of certain drivetrain components.

The reasons for the increase stem from the rapid torque rise typical of the generation of engines designed to meet EPA-2010 emissions rules and the very low axle ratios required to facilitate downspeeding.

But there’s more. In order to maintain decent startability with a numerically low axle ratio, you need a direct drive transmission, which doesn’t have the torque-damping effect associated with overdrive transmissions.

The end result is potentially too much torque for a conventional driveline to handle without some external mechanism, such as electronically limiting engine torque at low speeds or using really beefy driveshaft and U-joints, as is done now.

Compounding the problem, some fleets discovered the hard way that their routes weren’t as ideally suited for a downsped drivetrain as they initially believed. Downspeeding works best when the transmission spends most of its time in the top two gears, where the near one-to-one ratios keep the transmission torque output value much closer to the torque input value and well within a safe operating range for the driveline.

“The early days of downspeeding was a perfect storm of everybody getting caught off-guard,” says Karl Mayer, Meritor’s director of product line management for axles. “A downsped driveline is a very specific spec for a very specific application. There was a bit of a learning curve for everyone involved in getting it right.”

The difference between the two, says Mayer, is that if you’re going to run a very fast axle ratio (2.26:1 - 2.47:1, for example) with a direct drive transmission, you have to run strictly on-highway in appropriate terrain.

“That’s 60,000-plus miles per year, an absolute minimum number of starts and stops with 80% to 90% on-highway,” he says. “The other critical part is terrain. Most of that time has to be spent in the top two gears, so that sort of limits to truck to flat terrain to shallow rolling hills. I’m not saying that truck can’t go through mountains, but the majority of the time had better be on flat land.”

On the other hand, Mayer suggests the close-coupled overdrive transmission with a slightly higher axle ratio (2.79:1 - 2.85:1, for example) offers a little more flexibility.

“That set-up still gives you the benefit of lower engine speed at cruise, but it doesn’t limit the truck to strictly linehaul service,” says Mayer. “You could also use that truck for regional work with more starts and stops and it will be more tolerant of increased time in the lower gears, such as when climbing hills or driving in the city.”

Suddenly, your axle spec’ing exercise demands a very comprehensive review of the kinds of work the trucks do to determine if they are suitable candidates for a downsped drivetrain. Your traditional transmission spec could be up for re-evaluation and even your tire and wheel size might need review. In a super-fast driveline, any factor that multiplies torque or creates the need for high-torque operation could potentially compromise the driveline.

A path around the problem

Fleets, laser-focused on efficiency, are pushing OEMs and their suppliers, such as Meritor, Dana, Eaton and others, to turn over every stone in the pursuit of lower fuel consumption without performance compromises. The equipment manufacturers are responding with novel ideas, some with even the tiniest gains that cumulatively become measurable advantages.

Synthetic lubricants, for example, help to reduce churning losses in the differential housings and transmissions and can produce efficiency gains of 0.25% to 0.50%. Even design of the rear axle carrier, the cut of the gear teeth and altering the driveline angles can help in small ways. Mayer says Meritor is working on some designs that could offer gains in the 1% range.

“It all adds up,” he says. “When you look at the incremental gains, a quarter percent here, a half percent there, we’re still producing a package that can save fleets something in the range of $600 per year with fuel at $4 per gallon.”

It’s astonishing how a small change can affect both the efficiency and durability of, for example, and crown-and-pinion gear set. Dana’s director of global product planning, Steve Slesinski, says engineers try to reduce the amount of friction between the gear teeth by adjusting the angle at which they come together, called the hypoid offset. Changing that angle too much one way or the other can increase the angles between moving, load bearing components, such as U-joints.

“You have to weigh the sliding friction between the gear teeth with the bending stresses,” he says. “As you begin to increase your driveline torque, you need that hypoid offset to handle the impact loads.”

That’s a lot to bear in mind when considering a downsped driveline. Fortunately, it’s not something the fleet has to worry about. That’s the engineers’ job. What fleets need to do is to be cognizant of the application in which the truck will see service. A downsped drivetrain is like a thoroughbred horse. It’s great in one very specific type of service, but like the horse, don’t try plowing a field with it.

A Component-by-Component Guide to Truck Spec’ing

Engines Are Smarter Than You Think 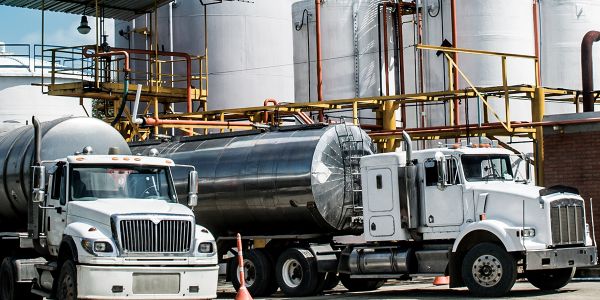 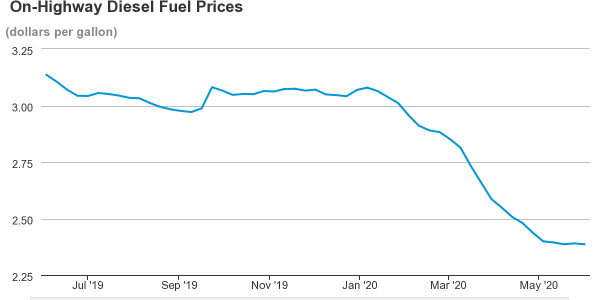