"We believe there are significant opportunities for continued growth through franchising and in early 2020, we began rapidly increasing our engagement efforts and broadening our reach with potential franchisees,” said Jon Pertchik, CEO of TA.

Since 2019, TA signed 18 new franchise agreements under one of TA’s travel center brands, eight of which are either open or anticipated to open in the following cities:

TA expects an additional six will open by the end of the first quarter of 2021. Other cities TA expects to be part of its franchise expansion this year include Huntington, Oregon; Cookeville, Tennessee; Edgerton, Kansas; and South Houston, Texas.

In addition, TA is currently negotiating franchise agreements for 13 travel centers across states in the western and southern U.S. The company is also engaged in later stages of discussions with operators of another six locations, and has more than 80 other potential franchisees in the pipeline across states including California, Texas, Nevada, and Missouri.

Allison to Invest $400M in Indiana

The American Trucking Associations’ latest version of its Driver Compensation Study reports that average driver pay, including bonuses, increased close to $6,000 since the last study in 2017.

The 2020 Walcott Truckers Jamboree is moving its Antique Truck Show, Super Truck Beauty Contest, and Trucker’s Best Friend Pet Contest online this year, from July 9-11, 2020, to reduce the spread of the COVID-19 outbreak.

7 Steps to Get Started Monitoring and Modifying Driver Behavior

To help reduce the odds for crashes, many fleets are monitoring and modifying driver behavior through telematics.

Truck drivers have been facing a wide range of situations on the road during the COVID-19 pandemic, from appreciation for the work they're doing to not being allowed to use restrooms, as you'll see in this photo gallery.

How 7 Drivers Are Dealing with the COVID-19 Pandemic [Podcast]

While we're cooped up at home wishing we could get out, going home isn't an option for many drivers. In a new two-part HDT Talks Trucking Special Report, host Jim Park introduces you to seven drivers who live on the front line of the battle with COVID-19.

International Truck, Triumph Business Capital, and TriumphPay have joined forces to purchase and distribute more than $75,000 worth of personal protective equipment (PPE) to drivers in need. 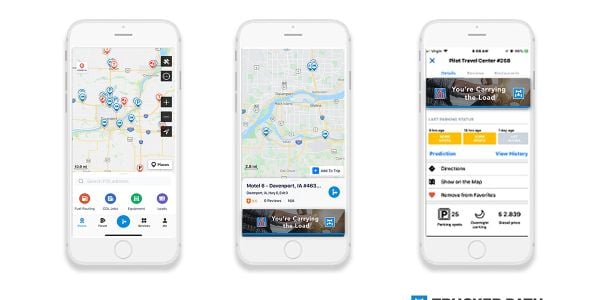 Motel 6 and Trucker Path are partnering to help truck drivers find a room at Motel 6 locations through the app.