In showing off the new ProMaster City compact van last week, executives with Ram Commercial Truck said the company's sales have been spiraling upward and growth continues into the 56th straight month as 2014 ticks toward its close.

When the spunky new City vans reach dealers and customers in the next few months, sales reports should get even better, based on my driving impressions from the event in Austin, Texas.

My summary: It’s a neat truck that drives like a comfortable and roomy auto-based minivan, which, as you probably know, Chrysler originated in 1984. This vehicle, though, has its roots in the Doblo small commercial van from Fiat of Italy, now the senior partner of Fiat Chrysler Automobiles. Execs said engineers and designers enlarged and toughened the global Doblo to take the rigors of service in North America.

Most of my detailed remarks are based on a cargo version I drove first, from downtown Austin to a staging area at Troublemaker Studios, a movie-making complex west of the city. There’s also a passenger version, and I drove one of them, too.

The ProMaster City rides smoothly and is nimble and quick. Its steel unibody sits on a McPherson strut suspension with coil springs in front and an independent bi-link on leaf springs at the rear. These take out most road shock and support a total payload of 1,883 pounds. While there is some tire and road noise emanating from the empty cargo area at highway speeds, it was somewhat subdued.

The turning circle is very tight at about 35 feet, and the 171 horses from the smallish gasoline engine are way more than adequate whether empty, partially loaded or while pulling a small half-ton trailer toting a zero-turn-radius mower (I have one of those and it’s even more fun to drive than this van).

The 9-speed – yes, 9-speed -- automatic transmission operates smoothly and so unobtrusively that I was seldom aware of gear changes beyond 3rd or so, unless I got on the gas hard; then it downshifted one, two or more ratios and the engine raced to deliver the speed that I wanted. In Manual mode, the paddle-type selector can be slapped up or back to effect down- or upshifts (yes, it’s counterintuitive), and is probably better just left in Drive.

The tranny tried to keep the engine cruising at 1,400 to 2,000 rpm, but at hard throttle it revved the four-banger well into the 3,000s, but it didn't bang because it ran smoothly at all speeds.

The analog gauges ahead of me were hard to read through my tinted eye glasses in bright daylight, though turning on the parking lamps illuminated them a little. Color LED readouts were clear but on the small side, and it took more time to learn to scroll knowledgably through the various data available than we had on this day.

For instance, Trip A and B can provide both miles and time from when they’re zeroed, but a driving buddy and I couldn’t figure out how to choose between distance and hours:minutes. We agreed that any of today’s tech-savvy kids could nail that within a dozen seconds.

The huge windshield and sloping hood provided excellent forward visibility. Side windows were big, and though they powered open and closed a little slowly, they had auto-up and –down functions so I could flick the switch and not have to hold it until the glass was fully open or closed.

Power door locking is part of the interior latch handle recessed in the arm rest; push the handle down and doors lock, lift it up a notch and they unlock – clever, I thought. Yank the handle up and the door opens. Adjustment for the large power side mirrors was a small knob on the A-pillar, which was a long reach away. Then again, I have short arms.

The vehicle’s designers know about people like me, so they provided a tilt-and-telescoping steering column. Thus I could move the seat back to suit my desire to stretch out my legs, yet bring the steering wheel conveniently within reach. Longer-limbed folks can move the wheel away and up or down to suit them.

The seats in all the ProMaster City vans I drove seemed comfortable at first, but toward the end of the driving day, the side bolsters seemed to close in on my portly posterior and thick thighs.

Hauling cargo in the ProMaster City

The big cargo compartment is reached through 26-inch-wide sliding doors on the sides, as on minivans, and large barn-type doors at the rear. As on the big ProMaster, rear doors are split 60-40, left and right. That way, while double-parked to make a delivery, the driver can use the wider left door to reach items inside and either leave the right door closed or open it to 90 degrees.

In contrast with most traditional cargo vans (including “panel trucks” I drove many years ago), on this one you open the left door first, then the right door, and you close them right-then-left.

Thanks to front-wheel drive, the floor is fairly low, so handling cargo and climbing in and out are pretty easy. Stout D-rings line the edges of the floor to anchor whatever you’ve loaded aboard, assuming you’ve got some straps with cinching or ratcheting hardware.

It’s about 5 feet wall-to-wall inside, and a tad over 4 feet between wheel wells, so a regular pallet can be slipped between them. The roof is said to be 52 inches above the floor, which is 7.25 feet long; if you want to haul 4 x 8 sheets of plywood, you’d need to leave the rear doors open.

Also thanks to front-wheel drive, this little rig should chug through snow, even while empty. The big ProMaster also has front-wheel drive, and having just driven a competitor van with real-wheel drive on snow and ice, I can say that I prefer the powered front wheels.

Ram folks say that for size, the ProMaster City’s closest competitor is the long-wheelbase second generation Ford Transit Connect. I haven’t driven that yet, but I have tried the Nissan NV200 (now also being sold by Chevy dealers as the Express City), which has a similar look and feel.

A few years ago the first Transit Connect restarted a trend toward compact vans (which originated in 1961 and ran about a dozen years), and Ram execs say it’s growing fast. They expect their newest truck to grab a fair share of it, and I believe they’re right.

Dana has begun production of its Spicer Electrified eS9000r e-Axle for Class 4 and 5 trucks. The e-Axle will be available for ordering by vehicle manufacturers in the third quarter of 2020. 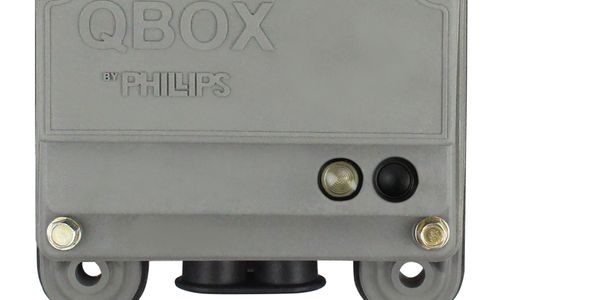