With winter on the way, now’s a good time to deal with the mess beneath your fifth wheel. Several pounds of gunk laced with rocks, sand, and other debris may have collected beneath the top plate over the summer. Those grease gobs thicken at sub-zero temperatures and can interfere with the movement of the locking mechanism. Best to deal with it now before you’re besieged by difficult-to-uncouple complaints from semi-frozen, unhappy drivers. In addition, SAF-Holland emphasizes, a poorly maintained fifth wheel “could result in tractor and trailer separation, causing death or serious injury to others.”

“It is important to specifically follow the complete cleaning of the fifth wheel and proper lubrication and adjustments outlined by the manufacturer,” says Rob Nissen, SAF-Holland director, field service.

All old grease should be stripped from the top plate and the underside so the fifth wheel can be visually inspected for cracks. It’s important to clean all old grease from the grease grooves on the top plate, as they are likely to be loaded with impurities like sand and small stones that can gouge the plate. Most fifth-wheel manufacturers recommend this be done at least twice a year, during spring and fall.

It’s not necessary to remove the top plate to do this, as it can be steam-cleaned in place or cleaned with solvent. It is necessary to ensure all the old caked grease is removed from the lock mechanism to ensure it functions properly.

“Grease attracts dirt, rocks and debris; you have to clean that out periodically,” says Rob March, Jost International’s national sales manager. “Once you have it clean, exercise the lock mechanism four or five times using a lock tester. You want to make sure it locks and unlocks freely and easily.”

You can confirm it’s locking properly by noting the position of the release handle and visually confirming the locking bar is in place behind the kingpin or that the jaws are closed, depending on the make and model. The locking action should be quick and crisp. If it’s sluggish or it binds, it may be because of built-up grease on the mechanism or damaged parts.

In addition to freeing up a possibly bound-up lock mechanism, a thorough cleaning makes it easier to visually and physically inspect of the fifth wheel. Cracks or damage to the plate may be hidden beneath the old grease, warns Dan Henderson, Fontaine Fifth Wheel technical service coordinator.

“If the top plate has been damaged by a high-pinning event where the kingpin runs up onto the plate, the weight of the trailer could have bent or cracked the plate,” he says. “You won’t see that if it’s covered with grease. The same goes for wear or damage to the locks or stretched or broken springs. Caked grease can hide all that. They have to be thoroughly cleaned and inspected periodically, as per the maintenance recommendations.”

A straightedge can be used to check for deformation of the top plate, checking edge-to-edge in lateral and longitudinal directions.

Also check for slack in the jaws or locks using a standard lock tester. There should be no fore/aft movement and the tester should turn freely but firmly when in the locked position. Follow the proper procedures if any adjustment is necessary.

Some fifth-wheel manufacturers include grease fittings to lubricate the locking mechanism beneath the top plate. Others recommend coating the mating surfaces with a film of light oil, like a 90-weight gear oil. SAF-Holland advises those using no-lube fifth wheels that some underside parts may still need cleaning and lubrication.

While you’re up close and personal with the fifth wheel, ensure all the fasteners are present and tight. Check the function of the slider mechanism,  if you have one, and the condition of the air cylinder to ensure the hose isn’t kinked and it doesn’t leak air when the opener is engaged.

Unlock the Data Hiding Inside Your Fleet

Discover how to put the power of data to work for your business. 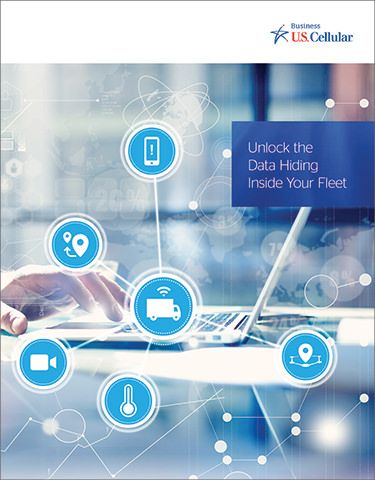 Once it has been cleaned and inspected for damage and proper operation, the fifth wheel needs to be relubricated. Here’s where you can run into trouble. Different manufacturers have different grease recommendations. Fontaine, for example, recommends a Mobil moly lithium complex grease.

“It holds much lower temperatures than your over-the-counter bearing grease,” Henderson says. “Be careful about mixing or blending different types of grease, as that can change the viscosity of the lube and affect its performance.”

Prepping a fifth wheel for winter is a messy job that few fleets do regularly. Since they are pretty robust, it may seem inconsequential — until a driver calls in from a drop yard at 2 a.m. complaining he or she can’t unhook the trailer.