A consummate "news guy" since the 1980s, with a career of covering trucking on nationwide radio, in print and on the web, Evan worked for HDT for 20 years, until July 2018. 4 Jesse H. Neal honors. Covering trucking since 1990. 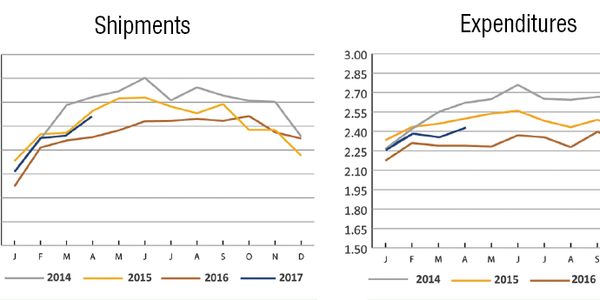 It seems just as soon as one report comes out saying there are indications the economy (and trucking) continues to get better, another follows that seems to point the other way, says business contributing editor Evan Lockridge in his July column.

Analysis: Behind the Wave of Trucking Mergers and Acquisitions 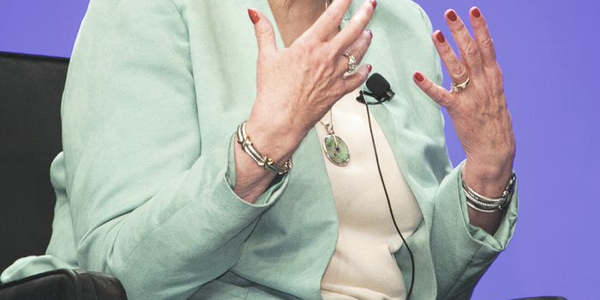 It’s been a long time since we’ve seen the number and size of trucking mergers and acquisitions like we have lately. HDT Business Contributing Editor Evan Lockridge spoke with Lana Batts at Transport Capital Partners to gain some perspective. 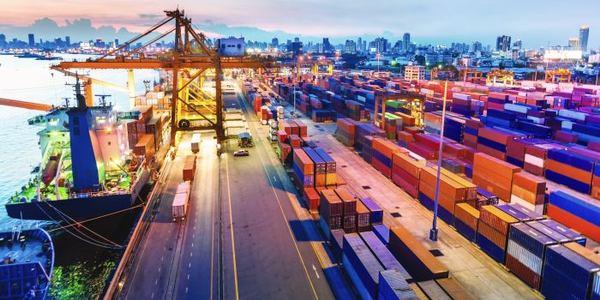 What, Me Worry About Higher Interest Rates? 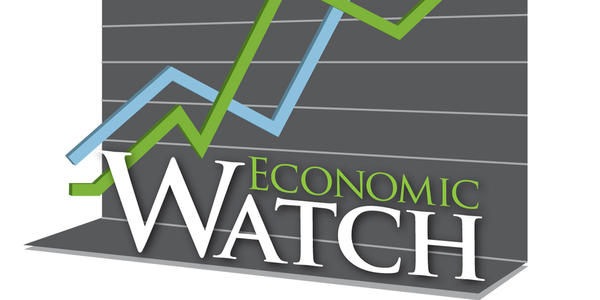 What does last month's interest rate hike by the Fed mean to trucking? Evan Lockridge explores the question in his monthly HDT Econ Watch column. 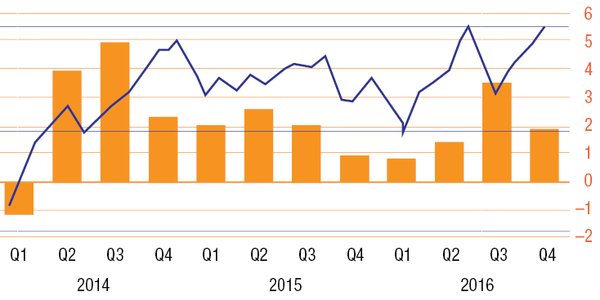 There are largely overlooked nuggets of information buried in the numbers about the economy and trucking that could be the most telling sign of where conditions are headed, writes Evan Lockridge in his Econ Watch column from the March issue of Heavy Duty Trucking magazine.

Analysis: Freight Rate Thaw May Be in the Works 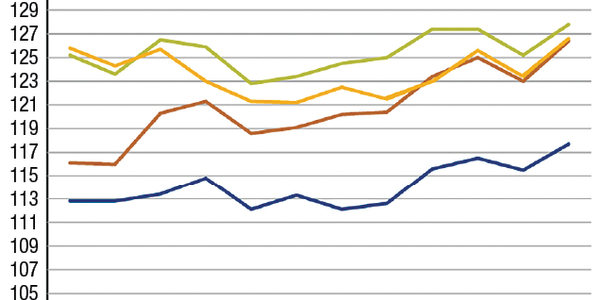 Data suggests that freight rates for truckload linehaul and intermodal movements may finally be headed higher, after being frozen in lower territory the last couple of years, says Business Contributing Editor Evan Lockridge in his February Hotline column.

Analysis: Lessons From Interesting Times in the Spot Market 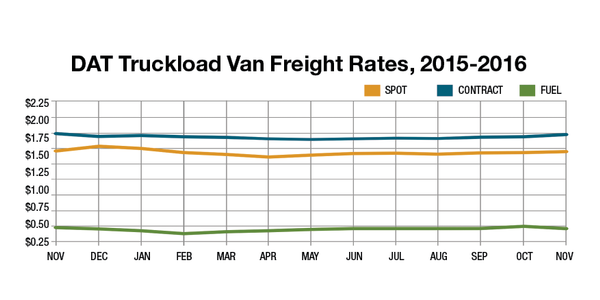 Traditionally, transportation and logistics managers start planning in earnest for the coming bid season with a look back at the previous year for indicators about the future. Well, consider that tradition officially “bucked.”

Analysis: The Uncertainty of a New President 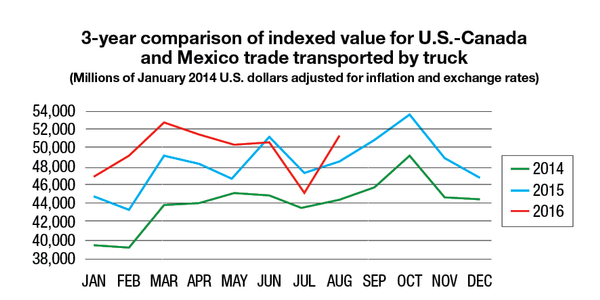 After an uncertain first half of the year, we finally got the economic news that we had been hoping for with third-quarter GDP. But no sooner were we breathing sighs of relief, everything becomes uncertain…again. 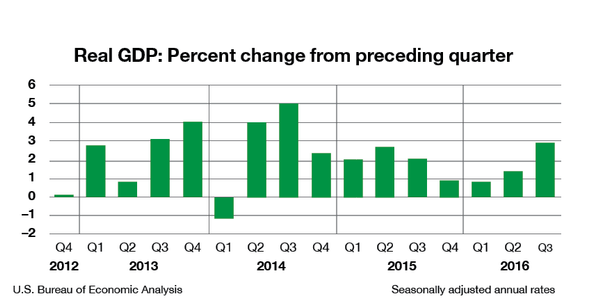 Economic growth has suddenly returned in the 3rd quarter but in his latest column Evan Lockridge asks, will it continue?

Analysis: Welcome to the New Normal 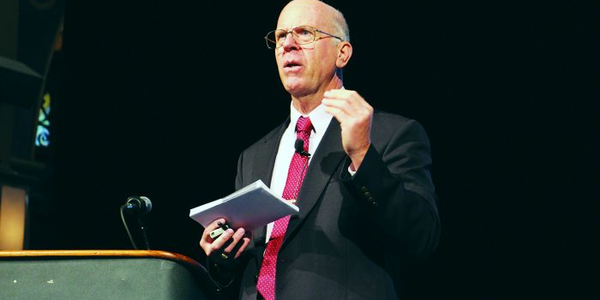 When are truck freight levels, pricing and even the economy going to be at the level we are accustomed to seeing? Evan Lockridge recaps the FTR Transportation Conference for his Oct. magazine column.

Analysis: How E-commerce and Millennials are Changing Retail and Trucking 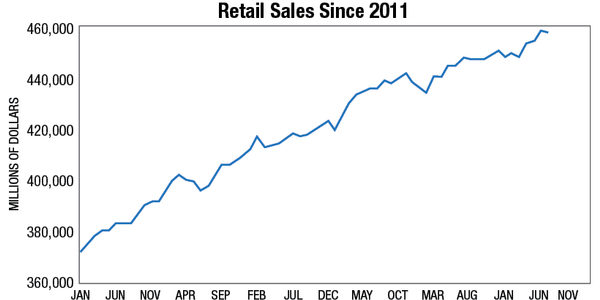 Retail sales are important – not just to the overall economy, but also to trucking – and the game is changing big-time, possibly thanks to an entire generation.

Commentary: In Search of the Bright Side Following "Brexit" 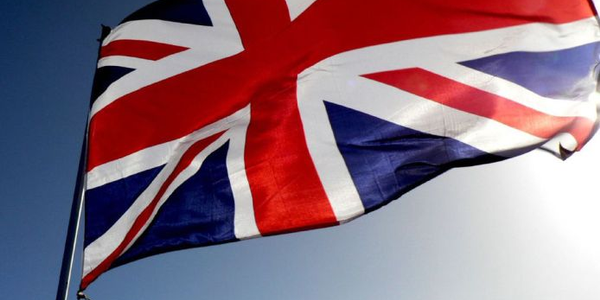 Opinions vary about the effect on the U.S. of the surprise June vote by residents of the United Kingdom to leave the European Union, but you should be aware of some of the potential ramifications.

Spot Freight Market Could Be Looking Up 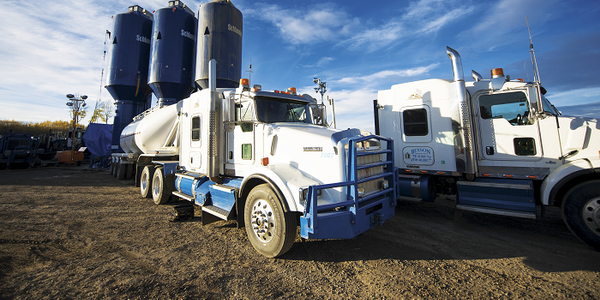 If you’ve given up on the truckload spot freight market or have been using it less because of the past year’s depressed rates, it might be time to give it a second look. 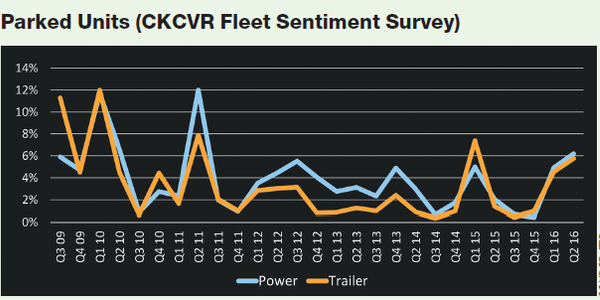 After enduring a bruising first quarter that saw falling profits at many fleets, it comes as no surprise that in a second quarter survey of business conditions fleet executives are feeling a bit down.

The Inventory Thorn in Trucking's Side 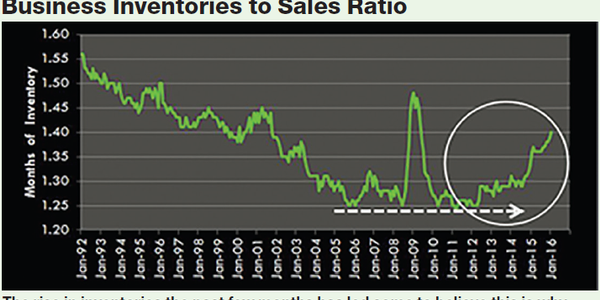 For many trucking companies business has slowed, and recent numbers bear this out, both in first-quarter earnings reports as well as in broader statistics.