We may hear a lot about the driver shortage and even the technician shortage, but increasingly trucking is facing a shortage of talented leadership as well. U.S. Xpress has been taking steps to combat that, and recently was recognized with a national human resources award for its innovative efforts to recruit and develop talent.

“As we look at a lot of our peers, they have near retirement level management teams and are looking for talent to backfill that,” said CEO Eric Fuller, “I think they’re not finding, all the way to up the executive level, the type of talent they need to fill those positions,” he told HDT in an interview at the truckload fleet’s Chattanooga, Tennessee, headquarters.

Earlier this year, Fuller was named CEO and Lisa Quinn Pate was named president and chief administrative officer, the culmination of a five-year transition process to new leadership for the company. The two put into place their own management team that reflects the way they want to pivot the company, “to become what we call a more professionally managed orientation, focused on metrics, data, and processes,” Fuller said.

And sometimes, Quinn Pate explained, there were people who had been with the company for a long time but weren’t the right fit. “That was a very painful process to go through,” she said. “We realized we may need to go outside the company, but our philosophy was that we want the best people for the job in that seat — and they may be internal or they may be external.”

That experience helped lead to the launch of a two-year leadership development program called Xpress Elite, designed to identify high-potential employees inside and outside of the company and develop them into future leaders for U.S. Xpress.

HR.com ranked U.S. Xpress number one in Innovation in Deployment of Leadership Programs as part of its Leadership Excellence And Development (LEAD) awards for its Xpress Elite program. The program beat out names such as Amazon, Dell, FedEx, and even NASA.

Xpress Elite, launched in 2016, rotates participants through the various company departments, including operations, safety, maintenance, sales, and more. In addition, it uses a variety of leadership training classes, mentoring programs and business challenges to help employees grow both personally and professionally. Once they’ve successfully completed the program, participants are placed in leadership roles in the company based on current business needs and where each person best fits.

As they rotate through various departments, participants are held accountable for various key performance indicators, or KPIs. There are 14 areas of competence that the company hires for and that they built the program on, and those are measured before, during, and after the program to track how a candidate progresses.

Participants get about 1,400 hours of training and 24 mentoring sessions, explained Ralph Romero, director of talent management. “One thing that’s unique — a lot of people talk about mentors. But the ones here are all executive leaders — vice president or above.” Another unique component, he said, is a dedicated career coach, both during and after the program, who focuses on leadership and soft skills development.

Typical employees might get a review once a year, Romero said, but the Xpress Elite participants get one each quarter during the two-year program. “So the level of feedback and transparency is very, very high.”

The program also features eight networking events with Fuller and Quinn Pate, who spend time talking to the participants about where they see opportunities for the company to invest and grow.

“Sometimes success has a lot to do with results, but also the proximity of who you’re working with,” Romero noted. “For us to be able to clear that path to the executives and [give them] a direct line to tell their own story, I think brings a lot of value as well.”

As Quinn Pate explained, “I think making sure that folks going into that program get to know us, get to know what we’re looking for, know our personalities and philosophies, is important for them and for us.”

Many of the participants in the program are recruited from other businesses, such as insurance or manufacturing, or were previously in the military. These generally aren’t fresh-out-of-college employees, but people who already have many skills and experience.

“Our goal would be to have these people ready for some managerial position,” said Amanda Thompson, vice president, human resources. In fact, she said, even though these people may be new to the company and even the industry, after this two-year program, because they’ve gone through so many of the departments, they may actually understand how the company works better than someone who has been working in one department for a long time, or is “siloed,” as she called it.

In addition, Romero noted, “They’re bringing in best practices from other industries that maybe we’ve never thought about before.”

“Our goal is to make sure this company is seen as a top employer locally and nationally, that it’s [seen as] a privilege to work here,” said Quinn Pate.

But that's not all

Another new U.S. Xpress program honored in the HR.com LEAD awards was its Leadership Xcellence program, which was ranked 22 out of the top 25 programs displaying innovations in leadership. This 14-week leadership development program is designed to develop current and future executives at the company, using classroom time and individual coaching to help those individuals improve their leadership and management skills — and more importantly, translate them into the real world.

Classroom meetings are held every other week, and on the intervening weeks participants meet with a coach to go over their homework and apply what they have learned, Thompson explained. It kicked off in 2016 with the company’s director-and-above level executives.

“Every individual came out of it with an action plan,” she said. At the end, “they got to present their strategic plan and worked with their managers to make sure the plan was in line with the strategic direction of the company.”

In addition, HR.com named Romero its Top Future Leader (35 and Under). Romero joined the company nearly two years ago after a decade of HR experience. He has worked to strengthen external relationships and streamline internal processes for attracting, developing, and retaining talent at U.S. Xpress. He led the development and implementation of the Xpress Elite program.

“Ralph was nominated by his team members,” said Thompson. “They saw this award and thought of Ralph, and he is definitely somebody who is out in front of innovation and creativity.”

Romero was attracted to the company by the emphasis put on talent at the highest levels. “You hear a lot of people and companies say, ‘We want to have the right people in the right place at the right time,’ but the amount of effort and investment it takes to really do that” is not something every company will commit to. 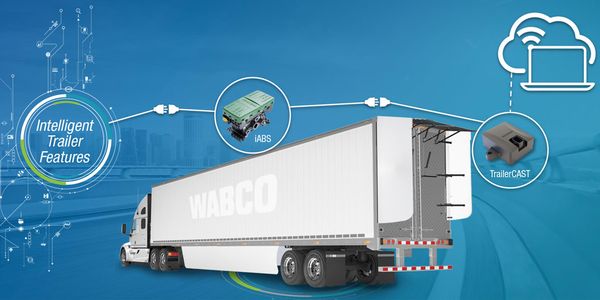