To paraphrase Ralph Waldo Emerson, build a better mousetrap and the world will beat a path to your door. He uttered words to that effect back in 1889, though Wikipedia claims his actual quote is somewhat more convoluted. Regardless, oil companies have indeed built trucking a better mousetrap — but so far, this part of the world is keeping its distance.

Adoption rates for arguably better API FA-4 motor oils have been slow, but through no fault of the product. For one thing, not all engine makers have approved it — only Cummins, Detroit Diesel, and International on its A26. So, fleets using engines not yet approved are forced to stay on the sidelines. But an even more important reason is backward compatibility.

Fleets run a mix of older and newer equipment. So rather than keep inventories of two separate oils for different engine generations, they see it as simpler and less costly to maintain stocks of just one oil formulation, probably CJ-4 or CK-4. Low-viscosity, semi-synthetic CK-4 blends yield almost all the benefits of FA-4, including improvements in oxidation stability, shear stability, wear protection and aeration control, without the risks and costs associated with stocking two oils.

“Fleets typically only want to have one oil in their shops,” says Dan Arcy, global OEM technical manager at Shell Lubricants. “When virtually all the trucks in a fleet can use it, the fleet will consider making the change. We are still expecting to see a greater uptake once greater numbers of newer engines allowing FA-4 become prevalent.”

But beyond OEM approval, fleets are cautious about jumping from the CJ-4 15W-40 oils they have been using for years into the lighter-viscosity CJ-4 and CK-4 10W-30 products. It really wasn’t until trucks started coming factory-filled with those oils that the market caught on, recalls James Booth, commercial sector manager at Chevron. “I think two or three years from now we will start to see a shift in terms of what’s being factory filled with FA-4; that will then start to play out in the market.”

Booth says Chevron works with customers to figure out ways to put them at ease on leveraging the benefits of FA-4.

“We did a lot of testing ahead of the PC-11 launch in engines, where we have a pretty good level of confidence in FA-4 performance and will work with the fleet to talk through that,” he says.

Brian Humphrey, OEM technical liaison for Petro-Canada Lubricants, notes that FA-4 first became available in December 2016, yet 15W-40 oils remain the bulk of the market even today at 60-70% penetration.

Speaking earlier this year at an S.3 Study Group session at the American Trucking Associations’ Technology & Maintenance Council annual meeting, Doug Kading, vice president of maintenance at C.R. England, said he wants to make the switch to FA-4 — but he can’t.

“We operate 4,000 tractors and 6,300 trailers with refrigeration units on them, so I’m a fairly high-volume buyer,” he said. “I prefer to buy in bulk and take deliveries in bulk, but with limited uptake, there’s limited production. I want my third-party suppliers to use bulk tanks too, because it lowers the price if I do oil changes there.”

Kading noted that the sooner fleets make the transition, the sooner everyone will begin to see the benefits. “With greater market acceptance comes better pricing and better availability,” he said.

Speaking on the same panel, Suzanne Neal, powertrain operating fluids engineer at Detroit Diesel, said market availability is still low because not many fleets have switched to FA-4. “It’s a challenge, because the market price may appear to be a bit high, but over time we expect this to balance out and FA-4 oils will likely be the same price as CK-4 oils, if not even lower, if they become the market majority.”

Ironically, Kading takes delivery of his new Freightliner Cascadias factory-filled with FA-4 oil, but he dumps it out at the first oil change and goes back to his current oil, because he doesn’t want to carry two types of oil, with all the associated packaging, storage, dispensing and labeling headaches.

API CK-4 is said to be the most robust diesel engine oil performance category ever developed. The FA-4 category takes that a step further, delivering a 2-3% improvement in fuel economy, as its lighter viscosity (10W-30 and 5W-30) is easier for the engine to pump internally.

Most of the previous category changes were the result of emissions restrictions. In addition to the traditional measurables such as particulate matter and oxides of nitrogen, there are now greenhouse gas emissions regulations to meet as well.

“We can only confront carbon dioxide emissions through improvements in fuel economy, and oil will have a role to play there,” says John Pettingill, Petro-Canada Lubricants product specialist.

Truck and engine manufacturers are focused on providing customers fuel-efficient, durable, low-emission engines, and this will continue for the foreseeable future. At this time, none of the major truck or engine manufacturers has requested a new performance standard. But that doesn’t mean lubricant suppliers are sitting back taking it easy.

Petro-Canada Lubricants, for example, has already begun testing full-synthetic 0W-20 diesel engine oils in current engines. “To realize even better fuel economy benefits, you’d need to lower the High Temperature High Shear (HTHS) limit to somewhere below 2.9 centipoise [cP – a measure of viscosity],” Pettingill says. “If we can demonstrate that we can make a 0W-20 oil that can protect as well as a 10W-30 or a 15W-40 and still provide the fuel economy benefits, that would be a real step forward in the future of engine oils.”

According to Arcy, a 0W-20 diesel engine oil is feasible to make today, and some OEMs in Europe are factory-filling with 0W-20. “The engines must be specifically designed to use a 0W-20 diesel oil,” he says. “Where we go from here depends on what changes OEMs make to their future engines.”

Jasper Engines and Transmissions has opened a branch office in Pensacola, Florida, to better serve customers in the Florida panhandle and southern Alabama markets. 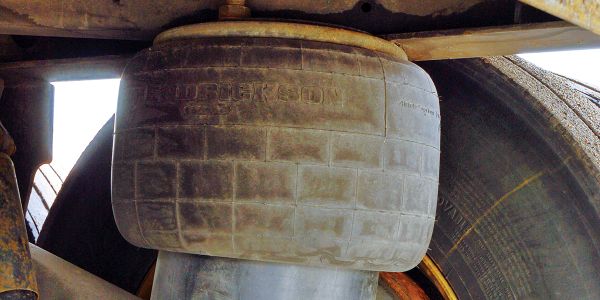 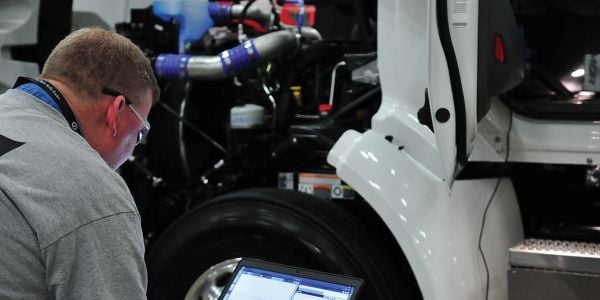