This tops the 40-truck order from Anheuser-Busch, which had been the most substantial pre-order of the yet-to-be-released electric truck. Other high profile pre-orders have coem from such well-known companies as J.B. Hunt and Walmart.

It will be awhile before PepsiCo receives the Teslas -- the trucks are expected to go into production in 2019 – and the final price will depend on the model and spec of the trucks received by the beverage maker.

In a Reuters report, PepsiCo executives said they were evaluating which routes would be best suited for the Tesla’s maximum range of 500 miles, but declined to say how much it paid for the pre-orders or if the company would be buying or leasing the trucks.

Ideal for urban waste collection, Daimler's eEconic electric truck will be based on the all-electric eActros, with testing to begin in 2021.

Werner to Put Electric Class 8 Truck Through its Paces 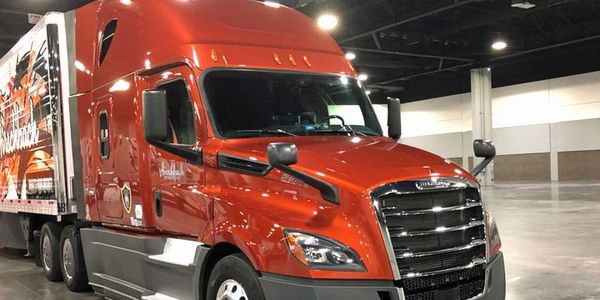 The North American Council for Fuel Efficiency’s 2019 Annual Fleet Fuel Study found that the 21 participating fleets have saved almost $900 million in combined fuel costs since 2017. But there's a “significant” performance gap between them and typical fleet performance.