If you’re not muddled enough yet in the alternative fuels debate, here’s the skinny on hydrogen. It’s an alternative to batteries that can offer faster “fueling” times, along with a lighter and more compact storage medium. It can be stored indefinitely with zero energy loss (provided the tank doesn’t leak). It’s safer than many people imagine (it doesn’t burn for days like lithium-ion batteries can). It can be harvested conveniently from renewable sources such as wind or solar, either on-site where it’s used (usually through engineered electrolysis) or at commercial-scale production facilities (steam-methane reforming) and transported to where it’s used, often without gobs of bricks-and-mortar infrastructure.

Once onboard the truck, the gaseous hydrogen enters the fuel cell, where it’s recombined with oxygen drawn from ambient air and flowed over a catalyst-lined membrane.

“It’s an electrochemical transaction, the reaction that produces an electron,” explains Ben Nyland, president and CEO of fuel cell maker Loop Energy. “A fuel cell basically makes that electrochemical reaction happen, and captures the electrons that result from it and feeds those out in the same way a battery would to power the motors.”

The process within the fuel cell (vastly over-simplified) is essentially the opposite of how hydrogen is produced. The only byproduct is water vapor.

What’s not to like? Critics claim the energy losses at either end of the production chain are far greater than that of batteries.

The two main ways we produce pure hydrogen at scale are steam reforming of natural gas (methane) and electrolysis. The former yields about 95% of our current hydrogen demand, while the latter accounts for about 4%, according to the Department of Energy.

Steam reforming, where high-temperature steam is combined with natural gas to produce hydrogen, is regarded as the least expensive, but byproducts include carbon monoxide, carbon dioxide, and other greenhouse gases. Depending on the quality of the feedstock, one ton of hydrogen may yield about 10 tons of CO2, some of which can be sequestered. Net energy yield from steam reforming is negative, with some estimates putting it about 70-85% efficient, depending on the process.

Electrolysis uses electricity to split water molecules into two atoms of hydrogen and one oxygen atom. The resulting hydrogen and oxygen gases are collected, compressed and stored for later use. The downside to traditional electrolysis is that the process consumes about 30% more energy than it yields. Efficiency can be improved using Proton Exchange Membrane (PEM) electrolyzers (the same process used in a fuel cell, but in reverse). Some believe this could reach 80% efficiency in the coming decade.

There are additional losses in compressing the hydrogen gas to pressures that make storage and transport economical, typically between 5,000 psi and 10,000 psi, or to cool the hydrogen to about minus 425 degrees for transport as a liquid in cryogenic tanker trucks.

To some, those energy losses would seem like valid reasons to dismiss hydrogen as an efficient energy source. However, energy harvested from sources such as solar and wind cannot always be used as they are produced, depending on local electrical grid loads. Surplus renewable energy can be stored and put to good use later, even when the efficiency of collection and consumption isn’t optimum. If it wasn’t harvested in the first place, you’d have nothing to argue about.

Charging batteries from the grid or renewable sources is more energy-efficient. However, there are certain upstream obstacles, such as the environmental and worker health concerns related to mining the materials needed to make batteries, as well as the eventual decommissioning and disposal of the batteries.

There are some downstream challenges, too, that place batteries at some disadvantage relative to hydrogen. The size and weight of batteries compared to hydrogen storage tanks, for one. And “refueling” times for another. Many fleets can’t afford to have electric trucks sitting for up to eight hours for slow-charge, and even fast-charge systems aren’t as fast as diesel fueling.

“One of the benefits fuel cells have over batteries is that you can refuel it just like you’d refuel a natural gas engine or diesel engine,” says Nyland. “It takes 10-20 minutes to refill a hydrogen tank, while recharging a large battery can take several hours.”

Find out how you can take advantage of fleet technology to help keep your drivers safe. 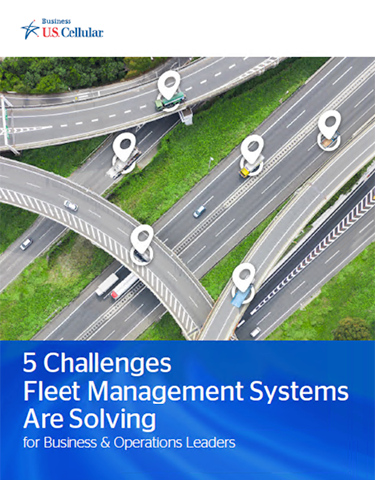 The heart of the hydrogen powertrain is the fuel cell stack. This consists of dozens of proton-exchange membrane fuel cells, sometimes referred to as polymer electrolyte membrane (PEM) fuel cells. A single fuel cell produces only a small amount of electricity, so the individual cells are assembled in stacks whose combined output is much higher. According to Bosch, about 400 fuel cells will together produce about 120 kilowatts. That might differ across designs from the various fuel cell producers, such as Ballard Power Systems, Bosch, and Loop Energy. They use different materials in the construction of the membrane, different catalyst formulations, and different ways of getting the hydrogen to react with the oxygen within the stack.

With each stack of fuel cells producing a certain number of kilowatts, to increase the output of the system you add additional stacks. The final configuration can be optimized by managing the air flow through the stacks and the cooling processes, as well as the truck configuration, to improve air flow, placement of the coolant pumps and the like.

“It’s much like a diesel engine in that if you wanted to add additional cylinders, or increase the displacement, you would use a larger water pump, rather than two water pumps, for example,” says Alan Mace, heavy-duty market manager at Ballard Power Systems.

Ballard has been building fuel cells for transit buses for more than 30 years and is now developing them for heavy-duty trucks. Mace says the challenge in going from buses to trucks is the available chassis real estate.

“A lot of the transit bus makers want the fuel cell up on the roof top, so we’ve come up with these really flat fuel cell modules because of the space we had to work with,” Mace says. “It’s different with trucks. So far, the OEMs want the fuel cell module in the engine bay. There we need a more cubic shape. At the same time, the power density requirements for truck applications are more difficult.”

Ballard is now on its eighth-generation module, so that has allowed the company to refine its technology. Mace says the company has fuel cell modules that have operated for more than 30,000 hours in heavy-duty applications without replacement.

Loop Energy is in early stage commercialization and is supplying pilot project units to a number of manufacturers in China, North America, and Europe. The company has fuel cell engines that are 30 kilowatts and 50 kilowatts targeted toward commercial vehicles. It has pilot projects underway in Class 3, 4, and 8 trucks, and a municipal bus project in China. This fall, Loop Energy, in cooperation with Transpower, will put a fuel-cell-powered truck into drayage service at a southern California port facility.

“We’re looking to start manufacturing in earnest in 2021,” Nyland adds.

A hydrogen-powered future is a tantalizing prospect. It’s the most abundant stuff in the universe, but unfortunately, it occurs naturally only in compound form, intertwined within more complex molecules that require ingenuity and energy to separate. Water (H2O) and hydrocarbons such as methane (CH4) are among Earth’s most plentiful sources of hydrogen; all we need to do is figure out a cost-effective, energy-efficient, and environmentally sustainable way of freeing hydrogen from its chemical bonds so that we can put it to more work in a carbon-free transportation chain.