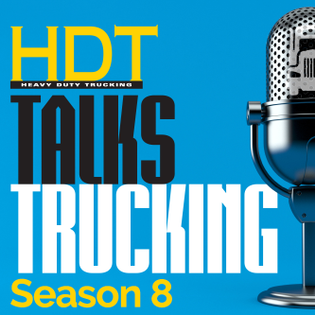 Is the Real World Ready for Driverless Trucks?

There are currently dozens of driverless trucks operating on interstate highways (with safety drivers), mixing and mingling with humanized cars and trucks. The technology obviously works. As they log more and more miles, we are hearing about few reported incidents of automation gone wrong. Does that mean they are ready for prime time? Christopher Hart doesn’t think so. He’s a former chairman of the National Transportation Safety Board and has been studying and observing automation in transportation for years. He’s still uneasy about sharing the road with fully autonomous vehicles. Find out why on this episode of HDT Talks Trucking.

Hear what one truck-driver-turned-high-school-teacher is doing to usher in the next generation of truck drivers through one of the nation’s first high school truck driver programs.

Inspections and Maintenance for Autonomous Trucks

Driving into the 3G Sunset

Next spring, wireless service providers will begin shutting down their 3G wireless networks. Mobile devices still using 3G technology will quit working. On this episode of HDT Talks Trucking, Michael Bloom of SmartWitness explains what will happen when they throw the switch, and how fleets can avoid getting left in the digital dark.

How to Build an Electric Medium-duty Fleet

In this episode of HDT Talks Trucking, Jim Castalez of Motiv Power Systems talks about what it takes to bring a fleet through a pilot project and grow it to a full-service, fully functioning electric fleet. Hint: It's about much more than just replacing the trucks.

Is There a Better Way to Measure Fuel Economy?

Are you frustrated by inaccurate performance claims by fuel saving device manufacturers? Our guest on this episode of HDT Talks Trucking, Daryl Bear of Mesilla Valley Transportation Solutions, says better testing can provide more reliable data to help fleets with their buying decisions.

Is Your Fleet Ready for FA-4 Oil?

Despite the fuel saving benefits of FA-4 oils, fleets are wading in slowly – and for a number of good reasons. To help sort out the restrictions and explain who can start using FA 4 and who should hold off, we have with us Tom Gauerke, the National Fleet Account Manager at Chevron Global Lubricants North America.