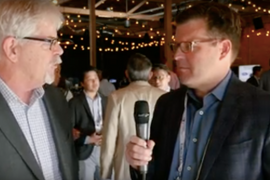 At the 2019 Fleet Forward Conference, Bill Combs of Penske spoke on camera regarding Penske’s partnerships with various OEMs to deploy the first all-electric Class 5 to 8 trucks in real-world settings. 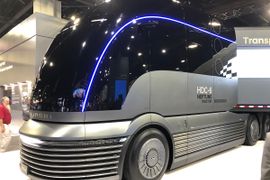 Battery-electric and hydrogen-electric trucks and components stole the show at the North American Commercial Vehicle Show. 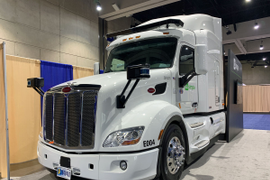 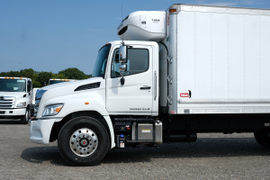 Equipment Editor Jim Park test drove the Hino XL8 near the company’s’ manufacturing facility in Mineral Wells, West Virginia to see how the largest Hino performed out on the road. 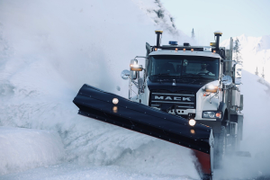 What kind of a truck does it take to keep Alaska’s Thompson Pass clear of snow in winter? This Mack Granite snowplow has earned the respect of the DOT crews that patrol the snow capital of North America. 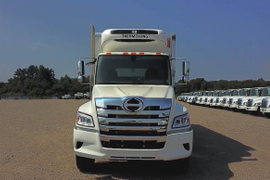 Focus On... A Walkaround of Hino's XL8 Class 8 Truck [Video]

Equipment editor Jim Park takes us on a walk-around of the Hino XL8 and it's new engine, the A09 at Hino's new manufacturing plant in Mineral Wells West Virginia. 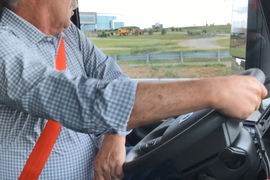 Volvo's Dynamic Steering adds a lot of flexibility to a truck and the ability to control steering inputs more precisely, taking a lot of the load off of the driver. 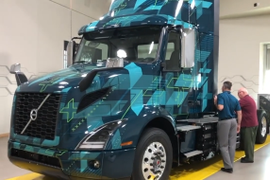 Volvo's electric VNR tractor is set to be deployed at the ports of Southern California as part of the Volvo Lights project to see how a battery-electric truck would fare in real-world operations. Jim Park has this first look. 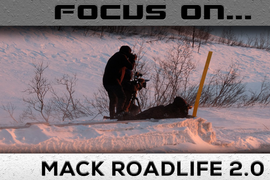 Focus On... Behind the Scenes of Mack RoadLife 2.0 [Video]

Mack Trucks sent a film crew to Valdez, Alaska to shoot an episode of its RoadLife video series about a Mack Granite snowplow and the Alaska DOT crew that works to keep the Thompson Pass open in winter. Equipment Editor Jim Park went with the crew to film the filming of RoadLife 2.0: Alaska DOT. 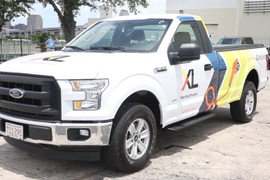 XL is now offering two plug-in hybrid versions of the Ford F-Series, one in an F-150 and one in an F-250. The flexible XL solution is designed for a wide variety of applications. 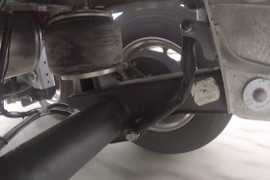 Trailer suspensions don’t get a whole lot of love, but an unusual suspension design from Hendrickson could change that. Jim Park explains the technology and shares the driving experience in this video. 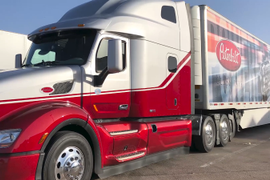 On a trip from Phoenix, Arizona, to Denton, Texas, Equipment Editor Jim Park was impressed by the fully-equipped Peterbilt Model 579’s efficiency and refinement. 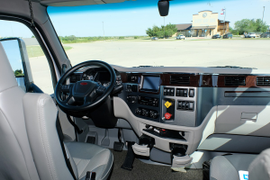 Peterbilt has constantly refined its Model 579 in the past seven years and in this video Equipment Editor Jim Park does a walkthrough of the fully-equipped truck showing all of the latest features and amenities. 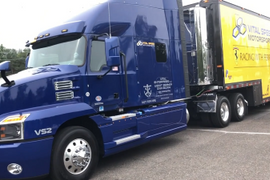 On the Spot: Why a West Coast Racing Team Depends on Mack Anthems [Video]

Senior Editor Jack Roberts spoke with entrepreneur and racer Rich Baek about his love for everything automotive and why he chose to use a pair of Mack Anthems to transport his racing Ferraris. 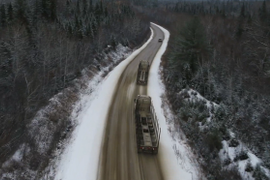 Gravel and dirt roads present some unique challenges for truck platooning technology. FPInnovations and its partners have been testing the technology on backroads in Quebec, Canada to see how it might peform in the real world.