Shell Looks at the Future of Fuel

At a recent conference at the Texas A&M Transportation Institute, Shell presented an array of speakers who sized up the state of alternative fuel technologies in trucking and a likely timeline for real-world adoption of these new means of moving freight. 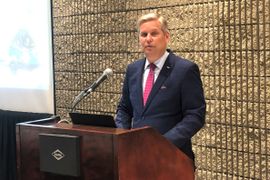 Lion Electric has named Dana as a preferred supplier of both traditional and new electric drivetrain components for its all-electric, Class 8 urban delivery vehicle, Dana announced at TMC, along with a new medium-duty drive axle.

The North American Council for Freight Efficiency released a Guidance Report detailing what fleets can expect in the near term future as an effective charging infrastructure for electric trucks begins to take shape. 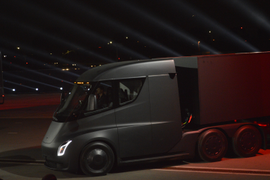 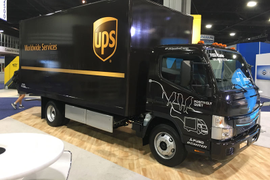 A new Guidance Report from the North American Council for Freight Efficiency on total cost of ownership for medium-duty electric trucks in urban freight and delivery applications discovers there are still a lot of unknowns. 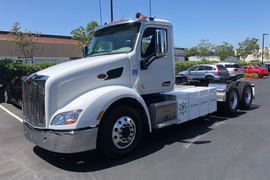 Behind the Wheel of an Electric Peterbilt Model 579

Peterbilt showcased the Paccar Innovation Center in Sunnyvale, California, to demonstrate its continuing efforts to identify, develop and deploy emerging technologies in trucking. 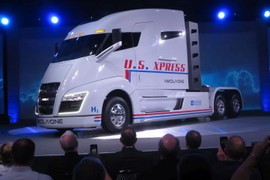