Daimler AG, parent company to names such as Freightliner, Western Star, Detroit Diesel, Mercedes, Fuso and others, reported on Friday that its first quarter profit slipped – despite record-setting vehicle sales. 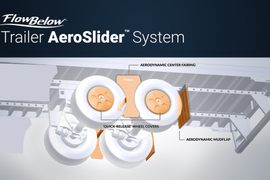 ORLANDO - FlowBelow Aero is adding a trailer-based aerodynamic product for the trailer tandem and is expanding its OEM offerings in the aftermarket with the launch of its Elite Dealer Program. 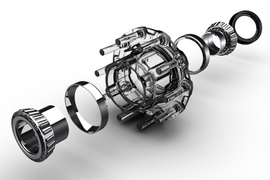 Accuride introduced a new hub system for trucks and trailers on Wednesday at the North American Commercial Vehicle Show in Atlanta.

The parent company of Volvo Trucks and Mack Trucks on Wednesday reported both increased sales and profitability during the second quarter of the year.

Earnings for truck makers moved higher in the first quarter of the year, with three on Tuesday showing big improvements from the same time in 2016.

Navistar International Corp. on Tuesday announced its financial losses in the first quarter of 2017 nearly doubled from the same time a year ago due to lower truck volume and softer Class 8 truck sales.

The parent company to names such as Freightliner, Western Star, and Mercedes reported the best year in the company’s history, and it's expanding investment in research and development, focusing on "digitization," autonomous tech and connectivity.

The parent company to truck and engine manufacturers Volvo and Mack on Wednesday reported sharply higher income for the final quarter of 2016. However, the Bulldog brand last year reported its weakest number of deliveries in several years.

Navistar reported losses for both its fiscal fourth quarter and full year. But it's optimistic about the future with its pending strategic alliance with Volkswagen Truck & Bus, which has received U.S. antitrust approval.

At a time when many trucking companies are reporting lower third quarter earnings, Swift Transportation bucked the trend, but truck and engine maker Paccar saw its earnings fall.

The second quarter earnings season continued on Tuesday with companies ranging from a fleet and 3PL to a trailer maker and mega-dealer, with all but one reporting higher earnings than the same time last year.

UPDATED -- The parent company of truck makers Kenworth and Peterbilt reported an increase in second quarter earnings despite lower revenue, but it's in the red for the first half of the year due to a big fine.

Car and truck maker Daimler AG reported a slight increase in its second quarter profit, but it expects significantly lower truck sales for this year. Meanwhile, one supplier is feeling the effects of the slowing North American commercial vehicle market.

The Swedish parent to truck brands Volvo, Mack and others reported its second quarter profit slid from a year ago due to lower sales in many parts of the world and has downwardly revised its expectations in North America.