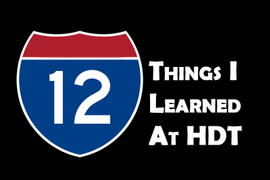 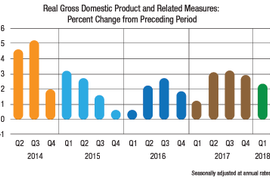 Analysis: Expect More of the Same From the Economy

With tax reform enacted, so far GDP has only grown at 2.3% annual rate in the first quarter of 2018, slightly down from the end of 2017. We were hoping for a boost in growth, but so far that hasn't happened. Analysis by Business Contributing Editor Evan Lockridge.

Analysis: Rising Interest Rates Got You Down?

Barring the U.S economy suddenly slamming on the brakes — and you would be hard-pressed to find any economist or analyst worth their salt who would make such a prediction — interest rates are going to continue to move higher. Analysis by Business Contributing Editor Evan Lockridge. 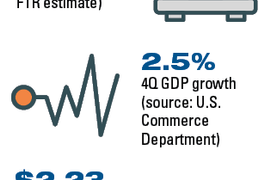 Analysis: Could History Repeat Itself With Truck Capacity?

When you look back just four years ago to 2014, a lot of heavy-trucks were sold. Freight demand had suddenly increased, and everyone was trying to move more cargo. But when 2015 rolled around, things weren’t as rosy. 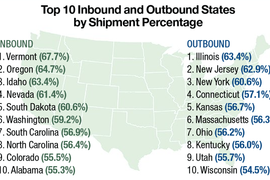 Shifting populations in the U.S. could mean a change where you deliver freight, finds Business Contributing Editor Evan Lockridge. 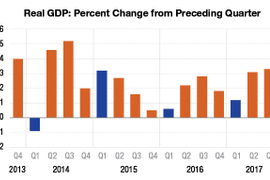 Analysis: Will We Avoid the First-Quarter GDP Blues?

While final economic numbers for 2017 have yet to roll in, economic growth was strong. Will it keep moving higher into the New Year? Analysis by Business Contributing Editor Evan Lockridge. 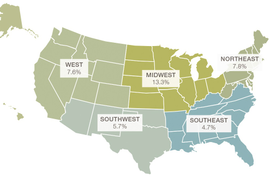 If you want to know how your trucking operation is stacking up against other freight shipping businesses, there is a new barometer available, U.S. Bank's Freight Payment Index, and it offers some features that have not been seen before, says business contributing editor Evan Lockridge in his December Hotline column. 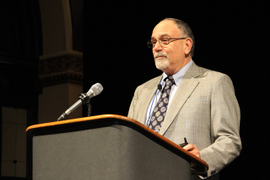 Trying to narrow down the single, biggest point made at the annual FTR Transportation Conference would be a fool’s errand. The event was content rich, covering everything from the economy and freight to equipment and everything in between. Business Contributing Editor Evan Lockridge found three takeaways. 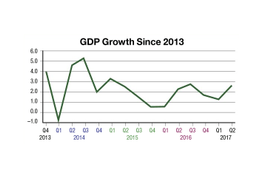 Analysis: Why GDP Numbers Are Better Than You Think

In the early 1990s, it was common to hear economists define a healthy economy as one with gross domestic product growth of around 3% annually.These days, when growth gets close to that “magic number,” it’s greeted with a yawn — and it shouldn’t, says business contributing editor Evan Lockridge. 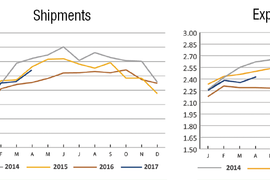 It seems just as soon as one report comes out saying there are indications the economy (and trucking) continues to get better, another follows that seems to point the other way, says business contributing editor Evan Lockridge in his July column. 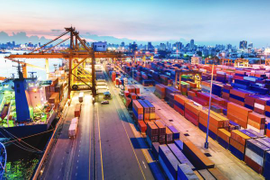 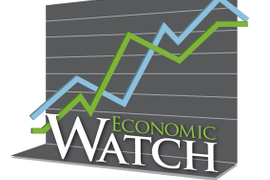 What, Me Worry About Higher Interest Rates?

What does last month's interest rate hike by the Fed mean to trucking? Evan Lockridge explores the question in his monthly HDT Econ Watch column. 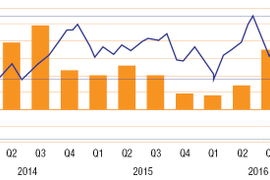 There are largely overlooked nuggets of information buried in the numbers about the economy and trucking that could be the most telling sign of where conditions are headed, writes Evan Lockridge in his Econ Watch column from the March issue of Heavy Duty Trucking magazine. 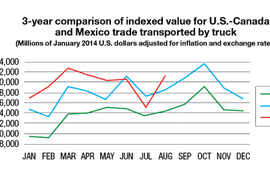 Analysis: The Uncertainty of a New President

After an uncertain first half of the year, we finally got the economic news that we had been hoping for with third-quarter GDP. But no sooner were we breathing sighs of relief, everything becomes uncertain…again. 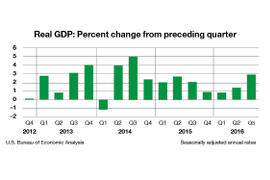 Economic growth has suddenly returned in the 3rd quarter but in his latest column Evan Lockridge asks, will it continue?