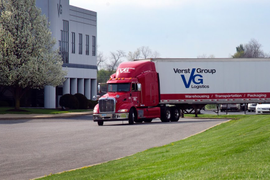 In 2012, Verst Group Logistics had zero Department of Transportation recordable accidents. In 2013, to prove the previous year wasn’t just a fluke, Verst only had one DOT-recordable accident. How did this Kentucky-based logistics provider, with a fleet of 90 power units and 250 trailers, attain such a low number of accidents? 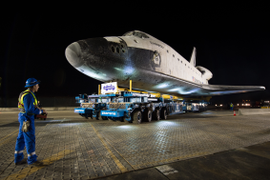 Wide, Heavy and High, Oh My

After traveling more than 124 million miles in space, the Space Shuttle Endeavour had one more 14.2-mile journey to make through the streets of Los Angeles to its final resting space at the California Science Center. 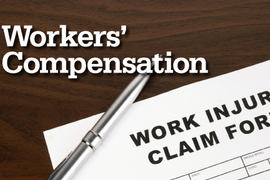 One of the best ways to lower your worker's comp costs is by reducing the number of incidents. Being proactive about safety is a fleet's best defense against worker's comp claims. 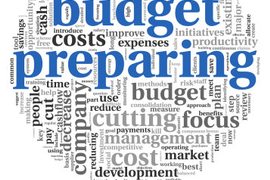 When it comes to trimming the fat out of a fleet's budget, the largest focus tends to be on the largest costs on the balance sheet: fuel, equipment and drivers. But these are not the only areas where dollars can be saved. This web-only series offers tips for savings in insurance, worker's comp and healthcare costs. 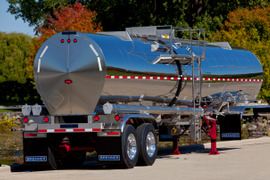 From federal regulations to spec’ing a new liquid tank trailer, there are many specific concerns for the liquid bulk tank truck industry. 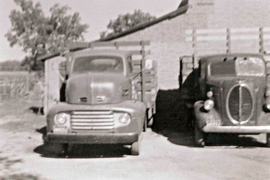 Life in the Refrigerated Business

From a very young age, Ralph Moyle was drawn to trucking. So when given the chance, he didn’t let the lack of a driver’s license – or the fact that he was only 14 years old – stand in his way. 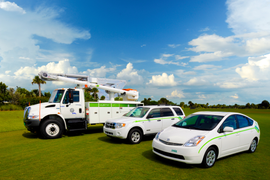 While natural gas has pushed its way to center stage in the alternative fuels discussion, the investment in equipment and infrastructure make it less than appealing to many fleets. However, anyone who is currently running on diesel fuel can easily switch to a greener alternative without that type of up-front investment. They simply have to fill up their fuel tank with biodiesel. 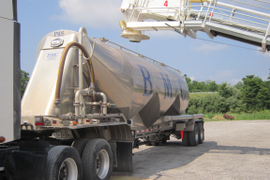 The Current State of the Dry Bulk Business 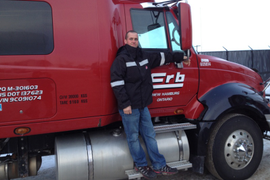 Being Healthy Behind the Wheel

Gaston Töpfer, a long-haul driver with Erb Transport, has plans to run a half marathon. On its own, that may not sound terribly impressive. It’s pretty amazing if you know that not so many months ago, Töpfer was having trouble playing with his kids for more than a few minutes due to his weight. 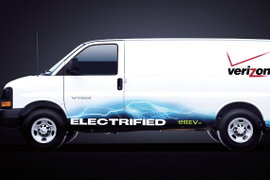 Green shouldn't be the only color a fleet is considering when making a move toward “going green.” "The most important colors in business are still red and black," said Joe Fiorelli, fleet and safety director for Gulfeagle Supply, during a session for the National Truck Equipment Association's recent Green Truck Summit entitled, "Compounding the Green: Incremental Measures for Going Green and Sustainable."

The industry has seen a growing number of fleet acquisitions and mergers in the past few months, and many believe this is part of a growing trend. The trend of fleet acquisitions is cyclical, according to Lana Batts, managing partner with Transport Capital Partners, which helps fleets negotiate such deals. “I believe we are just at the beginning of the cycle,” Batts said. 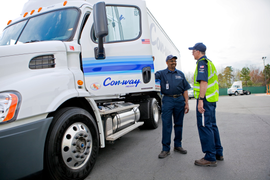 With the advent of the Federal Motor Carrier Safety Administration’s flagship Compliance, Safety, Accountability program, a new premium was put on safety. This required a number of fleets to focus on the issue like never before. 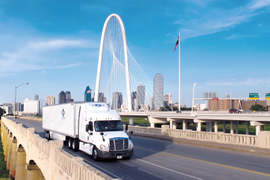 When you are getting ready to put a dry van trailer out to pasture and begin the process of searching for its replacement, there are many things to consider: maintenance costs, fuel-economy regulations, payload and the weight of the trailer, to name a few. One way to navigate through the maze of options is to follow some tips a few trailer manufacturers shared with us.