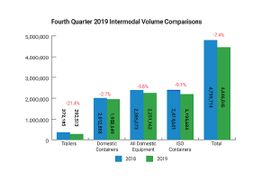 According to the Intermodal Association of North America's Intermodal Market Trends and Statistics report, total intermodal volumes dropped 7.4% year-over-year in the fourth quarter of 2019. 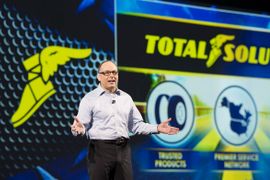 Talk around the "commercial" table at Goodyear's 2020 Customer Conference in Aurora, Colorado, suggested that both the corporate side and the dealer network see this year as an opportunity to build on previous initiatives while introducing some new service-oriented offerings. 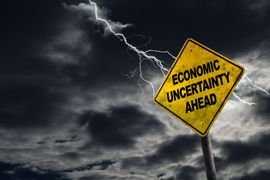 Economists: Economic Conditions will Soften, but not Break, in 2020 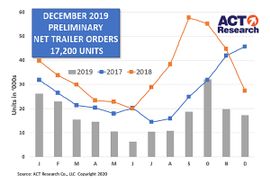 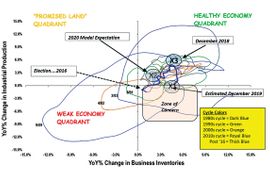 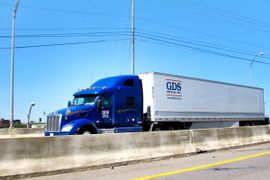 After closing without notice in early December, Akron, Ohio-based GDS Express has filed for bankruptcy. The company filed for Chapter 11 liquidation on Dec. 27, 2019, citing the shutdown of a revolving credit account. 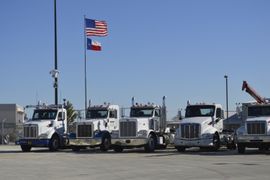 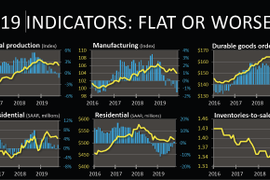 FTR: 2019 Freight Market 'Steadier' Than it May Seem

While it’s been a challenging year for the trucking industry in some ways, comparisons to the runaway market of 2017-2018 may make it seem worse than it is. In their monthly State of Freight webinar Dec. 12, the transportation intelligence analysts at FTR discussed the top trends affecting freight volumes and rates. 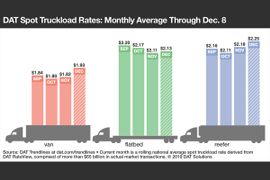 The national average spot van rate hit its highest level since last January and load-to-truck ratios for all three equipment types surged during the week ending Dec. 8, according to DAT Solutions. 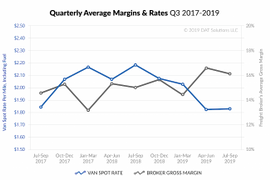 Gross margins and revenues were down for freight brokers in the third quarter of 2019, but cost reductions and lower rates allowed them to stay profitable. 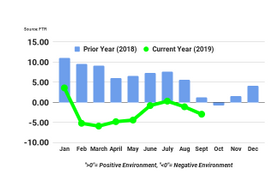 FTR: Freight Environment is Weak, But Unlikely to Get Worse in the Near Future

FTR’s Trucking Conditions Index slipped into negative territory again for September when it hit its lowest point since May, reflecting a relatively weak environment for carriers. 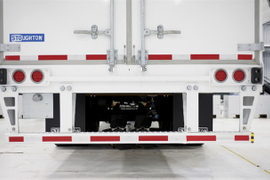 As equipment ordering season for 2020 kicks off, October trailer orders hit the highest level since November 2018.

Class 8 truck orders hit a high point for 2019 in October; however, in what is traditionally a great month for truck orders, that performance marked the weakest level since 2016, according to preliminary reports.