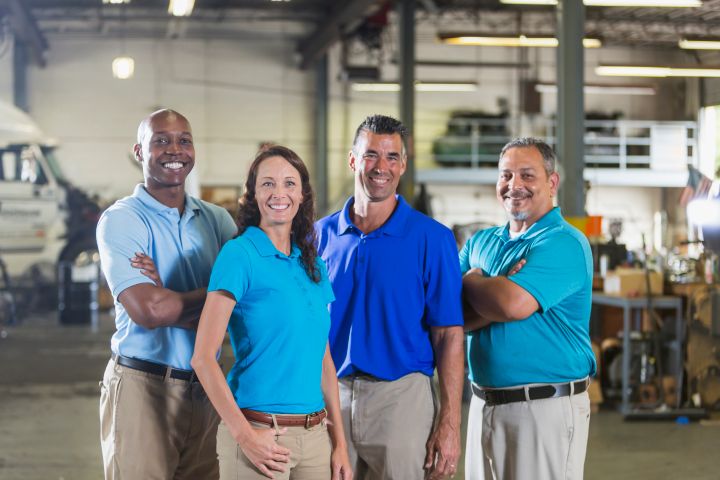 Last year, The Washington Post surveyed a sampling of American truck drivers who had been on the road anywhere from four months to 40 years, asking them why more people weren’t interested in doing their job. The majority of respondents said the answer is simple: “The lifestyle is rough. You barely see your family, you rarely shower, and you get little respect from car drivers, police or major retailers.” Only half said they would recommend their profession to others.

It’s no wonder trucking is suffering from a lack of qualified drivers when only 50 percent of those in the business are recommending it to others. If the solution to the shortage is as simple as upping the respect quotient, what are you waiting for? Truck drivers are no different from anyone else in their need to feel valued, and there are immediate and long-term steps you can take to make sure they are feeling appreciated by your company. The pay-off will come when your improved reputation attracts recruits, retains current talent and helps makeover the image of trucking so more drivers are drawn to it.

Upping what you pay drivers is a clear way to let them know they are valued at your company, but drivers say predictable income can be even more important than increased wages. This can be accomplished by implementing hourly pay, guaranteeing a weekly minimum, or offering a salary. Setting up an alternative pay model recognizes drivers’ time on the road when they aren’t not working and gives them the security of a consistent paycheck that makes up for delays and schedule changes that are often beyond their control. Drivers who aren’t worried about how they will pay their bills are far less likely to be scrolling through your competitors’ job offerings.

Esteeming your drivers’ time goes a long way in securing their loyalty. One of the most unattractive aspects of life as a long-haul trucker is being away for days or weeks at a time. Flexible scheduling can let a driver alternate local or shorter routes with longer ones that take them further from home. Giving drivers a say in their schedules and providing paid opportunities for breaks or visits home can greatly increase job satisfaction. Stand apart from the competition by including vacation perks such as discounts for hotels, resorts, and other ways to enjoy their time off.

Show drivers you care about their future by providing career development, covering tuition costs, or offering scholarships that help them further their education, training, and certifications. Help them set individual performance goals, make coaching available to assist in reaching those benchmarks, and then reward their progress with prizes, bonuses, time off, or other incentives.

A meaningful way to demonstrate respect for your workers is to ensure they are safe. Make use of GPS tracking solutions to monitor driving habits, vehicle diagnostics, road conditions, and other factors that could pose a hazard to your drivers. Use the data mined from sophisticated yet simple technology to make improvements in your training, maintenance, and daily operations so that drivers can perform their jobs without the distraction of worrying about safety issues.

Part of the Solution

Encourage drivers to identify with the company as a whole and take ownership of their role; let them share feedback about policies and procedures. Find ways to include them in decision-making. Make your employees feel heard so they feel valued. Use social media, online forums, video chats, and other modern applications to keep drivers connected and enable them to feel like they are part of the solution to whatever the company and its members are facing.

Drivers who are falsely accused of wrong-doing, without any way to prove their innocence, can face legal trouble, heavy fines, a permanent mark on their reputation, and loss of income—not to mention the emotional and psychological toll it can take on their well-being. Modern technology enables you to have your drivers’ backs with documentation such as video footage and historical event reports that show exactly what happened. Not only does this underscore respect for your drivers, but it provides a level of insurance against potential consequences for your company.

Bloomberg reported that last year Walmart doubled its recruitment spending to attract and retain qualified drivers without compromising standards. According to Yahoo Finance, the investment paid off: Walmart hired about 1,400 new drivers in 2018, up from 922 the year prior. And the retailer’s turnover rate ranges from 7% to 12%, impressive numbers when you consider the ATA noted an average 96% turnover rate for large truckload carriers in 2018. Success during the driver shortage isn’t reserved for companies like Walmart; your business can reap the same rewards by investing in a culture of respect for your drivers.

Read the next article in our Driver Recruitment and Retention series - Untangling the Red Tape: Retain Drivers by Simplifying Compliance 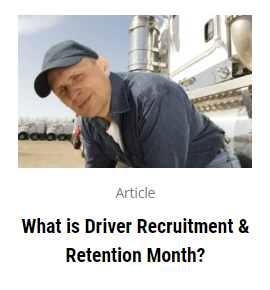 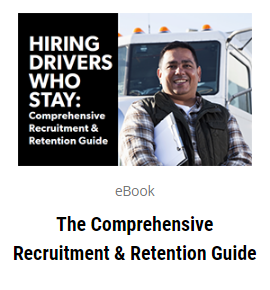 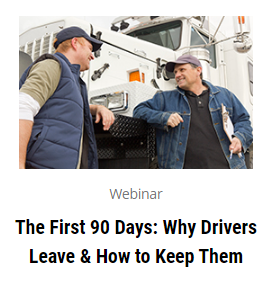 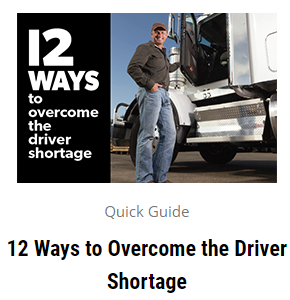