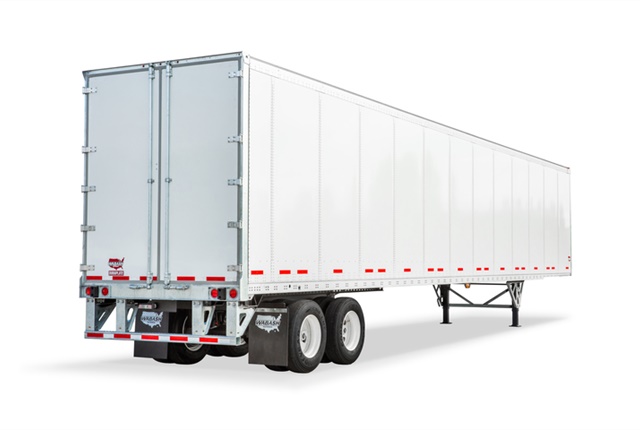 Several times in this blog I have written about a college friend who died after slamming his car into the rear of a semi stopped on an expressway in Buffalo, N.Y., in fall of 1973. His car crashed under the trailer’s rear and he was decapitated. He was 30, and was funny, brilliant and successful in his work, a husband and father. And he was gone in a moment.

I heard that it was a dark, rainy night, the truck had mechanical problems, and there was a question about whether its lights were on. Even so, Mike shouldn’t have hit the truck, but he did. A better underride guard might have saved him.

That’s why, whenever the subject of improved underride guards came up in industry meetings, I perked up. They were also called “ICC bumpers” because in the 1950s, the old Interstate Commerce Commission decreed use of an attachment that looked like an inverted football goal post; it was flimsy and not much better than nothing. And when fleet managers complained about any increased cost, I had no sympathy for them. 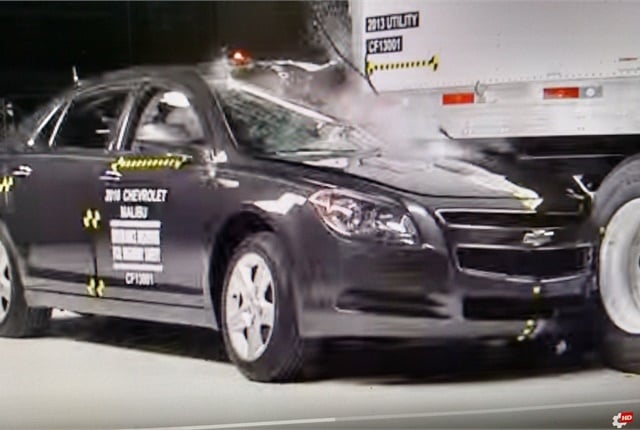 In the mid-1990s the government proposed improvements and the trucking industry reacted negatively. When fleet managers said that fatal rear-end crashes were statistically minor, involving fewer than 100 incidents annually at a time when 40,000 or more people died every year in wrecks, I remembered my friend, Mike, and reflected on what a terrible waste his death was.

The government did require stronger guards, but not by much. In recent years, some trailer builders have voluntarily gone beyond the standards and improved their rear impact guards, as they’re now called. They do a better job of controlling a crashing car’s deceleration and keep it from underriding a trailer. 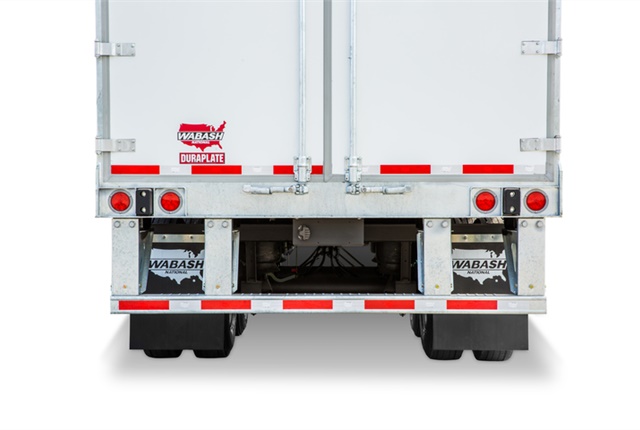 Among the builders are Hyundai Translead, Stoughton, and Wabash National. They say they’ve made their bumpers perform better through careful design and better materials. And extra cost has been a relatively few bucks per trailer.

Yesterday, Wabash National announced that it has been selected as one of four finalists for the Swedish Steel Prize sponsored by SSAB, a Swedish steel producer with plants in the United States. The four were among 102 nominees for the prize. Wabash uses SSAB’s advanced high-strength steel in its RIG-16 rear impact guard, released in February 2016, the announcement said.

“When innovative design meets groundbreaking material technology, we can really stretch the limits of product performance,” said Dick Giromini, Wabash’s chief executive officer. “We’re honored to be recognized for our innovation and industry leadership with this award nomination for our patented RIG-16 rear impact guard.”

Testing was corroborated by the Insurance Institute for Highway Safety, better known as IIHS, which recognized Wabash National with a Toughguard award in March 2017. The award came after IIHS proved that RIG-16 devices prevented underride by a midsize car in three types of collisions: full-width, 50% overlap and 30% overlap impacts, Wabash said.

“We spent more than two years in research and development before releasing our RIG-16 rear impact guard in early 2016,” said Robert Lane, vice president of product engineering at Wabash’s Commercial Trailer Products unit. “We prototyped several designs with other materials, but could not have met all our design criteria without advanced high-strength steel.

“It significantly improves the overall strength and energy absorption of our rear impact guard; has minimal weight impact; and maintains existing levels of cost of ownership for customers.”

Wabash National has been collaborating with supplier partner SSAB Americas for over four years, redesigning key areas of Wabash products to use all of the benefits that high-strength steel offers, the statement said. Safety is one; another is lightweighting, which improves fuel efficiency and payload capacity for customers.

The Swedish Steel Prize winner will be announced at a ceremony in Stockholm on May 11. An independent panel of judges, consisting of experts from the Royal Institute of Technology, Swedish industry, and SSAB, assessed 102 award nominations from 32 countries based on their applicability, profitability, environmental benefits, performance, innovation and creativity, said the announcement.

If Wabash National wins the Swedish Steel Prize, it would be the fifth American company to do so in the award’s 19-year history, the statement said.

The award comes with an $11,000 prize, which Wabash would donate to the National Road Safety Foundation, a non-profit organization dedicated to reducing highway crashes and injuries by promoting safe driving through public awareness.

My friend Mike would be pleased.