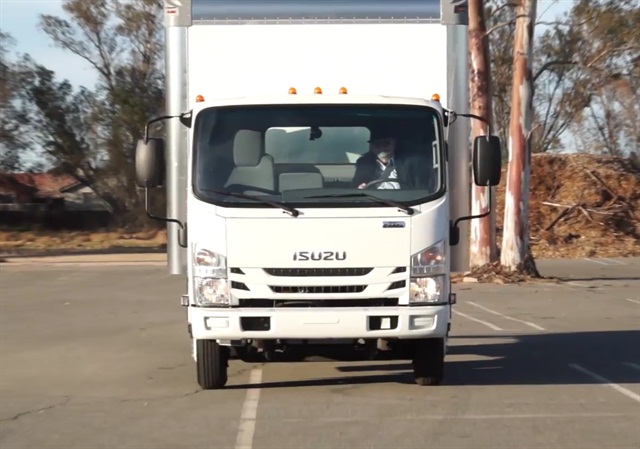 You see them running around in cities – compact cab-over-engine trucks that deliver products to stores or carry tradesmen to their tasks. They dart briskly over streets and through back alleys, and in the suburbs the turn easily into driveways whose owners don’t fear for the integrity of their pavement or lawns because those “little” trucks couldn’t hurt anything.

Nimble they are, but the medium-duty cabovers – also called low cab-forwards, or LCFs – are bigger than they appear, and their cabs have room for a driver and two passengers. And although conventional-cab trucks are by far North America’s best-selling style, 15% to 20% of buyers choose medium-duty LCFs for their maneuverability and other advantages: easy access to the engine, more frame space devoted to hauling space, shorter overall length for a given wheelbase, and usually lighter weight.

Prime examples are the NPR series vehicles sold here by Isuzu Commercial Truck of America and its dealers across the States. Soon the Isuzu outlets will be joined by Chevrolet truck dealers, as General Motors has revived an agreement to sell Chevy-badged vehicles supplied by Isuzu.

Senior Editor Tom Berg recently drove a pair of NPRs on streets and freeways in the Los Angeles Basin. He found one of them highly capable and the other fun to drive, as well.