Recent advertising for the redesigned 2015 Sprinter shows a tall, Euro-style van chugging across a desert sand dune. C’mon – is that possible? It is if the van has the new four-wheel drive option.

Claus Tritt, general manager, Sprinter operations, for Mercedes-Benz of North America, says he’s argued for this feature for years. Tritt and a dedicated crew demonstrated the 4x4’s capability during an event last fall at the assembly plant near Charleston, S.C. They had carved a short off-road course into a lawn, and I was surprised how well the van got through it.

A supervisor prudently assumed that none of us writers had ever done anything like this before. He peered into the open driver’s-door window and gave strict instructions starting with, “Buckled up? OK, put your left foot down there” – he pointed to the dead-pedal area on the upper-left corner of the floor – “and keep it there. Make sure you’re in low range. Put it in gear, and now you’re ready to go.” He waved me onto the course, and I goosed the gas pedal.

Soon a flag lady, seeing my brisk pace, signaled me to stop. I did, and she waved me forward again, gesturing for me to proceed slowly. She walked and trotted ahead, again signaling stops and go-slow orders as I came upon steep slopes and narrow cuts; obviously, she didn’t want me to bang up the truck. Still, I enjoyed the ride and was impressed with the van’s ability to traverse abrupt obstacles with one wheel in the air.

The system is based on the 4Matic mechanical and electronic equipment used in Mercedes cars, and automatically sends power to wheels with the best traction. However, while 4Matic is full-time all-wheel drive, the Sprinter’s 4x4 is part-time and must be manually engaged with a dash-mounted switch at speeds of 6 mph or less, and low range will click in only during a stand-still, like most 4x4 systems. It will automatically disengage if the driver speeds up without switching back to 2-wheel drive.

For good ground clearance, a 4x4 Sprinter sits about 4 inches higher than a 4x2. Although I sat higher than I would in a pickup truck, I was not conscious of any excess side-to-side motion. The chassis was quite stable and able while traversing the undulating trail.

I found the experience fun enough to take a second trip. And, while climbing in and out of the tall van, I appreciated the grab handle on the front of the door. Handles for driver and passenger are standard on the 4x4, and they're optional on 4x2 vans.

Most customers will never need all the capability the system has, Tritt says, but those who need extra traction will appreciate the option. It’s an exclusive in the Euro-van segment, and costs $6,400 for the single-speed transfer case and $6,800 for the 2-speed TC. He expects up to 5% of Sprinter sales to include it. That might include customers in the construction trades, cargo delivery and passenger conveyance in snowy and mountainous areas, and off-road enthusiasts who are likely to equip it for camping.

Earlier I said “gas pedal.” Of course, Sprinters come only with diesels. The new standard powertrain is a 2.1-liter inline 4-cylinder diesel running through a 7-speed automatic transmission, with the current 3-liter V-6 diesel and 5-speed automatic available as an option.

Twin counter-rotating balance shafts in the I-4 contribute to smooth operation, while the extra two ratios in the 7-speed allow the smaller engine to perform about as well as the larger diesel while delivering slightly better economy, Tritt said.

I drove about 50 miles in a cab-chassis model on city streets and an interstate highway, and was convinced that the little I-4 is quite snappy whether accelerating or cruising. Tritt thinks about half of all buyers will take the I-4, which makes 161 hp and 266 lb-ft. Those needing more cargo-carrying and towing ability will choose the 188-hp, 325-lb-ft V-6.

Another new feature for the ’15 Sprinter is “cross-wind assist.” It uses chassis instruments to sense sideways motion and applies brakes in wheels on the upwind side to compensate. The action is automatic and instantaneous, and a driver can take his hands off the wheel with the van staying in line, said a technician after a demonstration where he plowed through a 90-mph crosswind generated by three trailered air boats whose hopped-up V-8s roared at full power.

The third generation van’s swept-back styling is concentrated in the nose with sculpturing extending through side panels. It gives the vans a more assertive and contemporary appearance. The nose is higher to lessen the severity of injuries if the van hits a pedestrian.

Name badges front and rear and slightly different grilles separate Freightliner and Mercedes-Benz versions, as the vehicles are otherwise identical. Sprinters are sold by 57 Freightliner and 200 M-B dealers.

Sprinter will never try to achieve the volume anticipated for the new Ford Transit van or the Ram Promaster, he said. Instead, it will concentrate on quality of the product and service. But Sprinter “leveled the way for them” when it came to the U.S. in 2001 and showed the viability of larger but lighter full-size vans that use smaller and more economical powertrains.

A Closer Look at 2020-MY Medium-Duty Trucks

The Mental Health Perspective: Helping Employees During the Pandemic 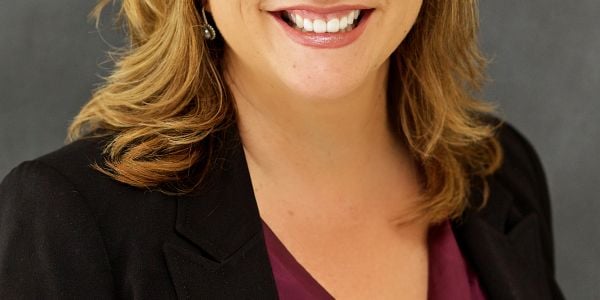 Learn how to better manage employees during the pandemic, how to handle anxiety and grief, and how to "get creative" with technology to keep the fleet team informed and connected. 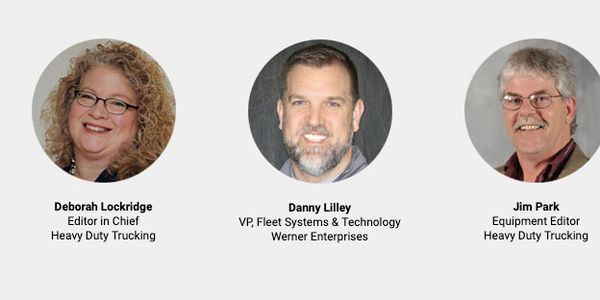 HDT’s second webinar in a series helping fleets navigate the COVID-19 pandemic will cover equipment- and technology-related aspects of what they need to know to keep working safely and efficiently, including truck cleaning/sanitizing, how fleets can use technology, and working with truck dealers.

Ford has delivered its 1 millionth face shield for medical workers and first responders to protect them from the COVID-19 virus and shipped an additional 7,500 to the New York Police Department.

As the demand for local delivery has spiked due to stay-at-home orders and social distancing during the COVID-19 pandemic, logistics-tech companies are stepping up to help small businesses roll out delivery options quickly.