Workhorse Group has announced that it will unveil its N-Gen low delivery platform electric van with an integrated HorseFly drone at the Consumer Electronics Show in Las Vegas in January.

The company will also introduce its W-15 electric pickup truck and its SureFly Octocopter, which Workhorse is calling the first personal electric octocopter.

The N-Gen low delivery platform electric van features a 19-inch floor for increased cargo space and ease of operation. It is expected to deliver a range of 100 miles with an optional gasoline range extender adding 75 more miles. The N-Gen is scheduled to begin package deliveries for a large e-commerce company within the next two months, according to Workhorse.

Optionally available with the N-Gen is an integrated HorseFly drone delivery system that's designed to launch an octocopter drone from the roof of an N-Gen delivery van and deliver a package to its destination within the driver’s line of sight. The HorseFly system is compliant with all current FAA regulations and can carry a package weighing up to 10 pounds, according to Workhorse.

Additionally, Workhorse will be showcasing the W-15 at CES. This electric plug-in pickup  has been designed to offerfeatures and benefits fleets look for in a work truck. Panasonic 18650 Li-on batteries deliver an 80-mile all-electric range. If needed, an on-board gasoline generator will then extend the range. Workhorse said it currently has over 5,000 W-15 vehicles under Letter of Intent from fleets.

Lastly, the company will show off the SureFly, which was first unveiled at the Paris Air Show in June. Workhorse said the SureFly aircraft is designed to be safer and more stable than a typical helicopter. Its redundant design includes four propeller arms, two fixed contra-rotating propellers on each arm, a backup battery pack to drive the electric motors in the event of engine failure, and a ballistic parachute that safely brings down the craft if needed. The SureFly is currently securing flight approval from the FAA.

The SureFly is expected to be capable of carrying pilot and passenger or cargo up to 70 miles. Early models will be pilot-operated.  The goal is to introduce future models featuring autonomous flight capable of carrying payloads of up to 400 pounds. Anticipated markets for the SureFly are precision agriculture, emergency responders, city commuters, and the military. The price of the SureFly is expected to be approximately $200,000, and Workhorse is currently accepting pre-orders for the aircraft.

"CES is the perfect technology venue for us to showcase our three new technology firsts," said Steve Burns, Workhorse CEO. "We know technology-informed people come to CES from all over the world, and we are very excited to show them our SureFly, our low delivery-platform electric N-Gen van, and our W-15 electric pickup."

A global initiative to set up charging infrastructure for battery-electric commercial trucks launched by Daimler will initially push to establish in the U.S. and Europe charging stations at truck terminals and shops; what Daimler refers to as “depot charging.” 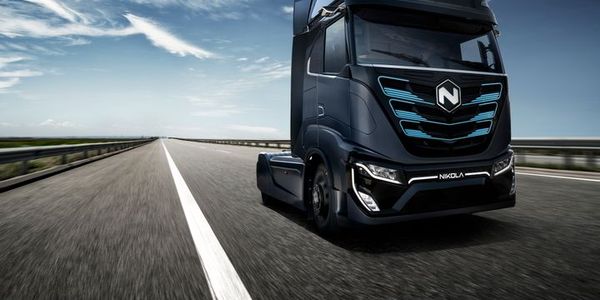