The federal government’s securities fraud suit against Daniel C. Ustian, former chairman and CEO of Navistar International, can proceed in spite of objections raised by Ustian’s attorneys, a federal judge has ruled.

Ustian had promoted a unique diesel exhaust emissions solution. But the Securities and Exchange Commission has charged in its suit that he knew it couldn’t work, with subsequent losses to company investors.

Federal Judge Sara Ellis, of the Northern District of Illinios, made the ruling earlier this week, reported the Springfield (Ohio) News-Sun. 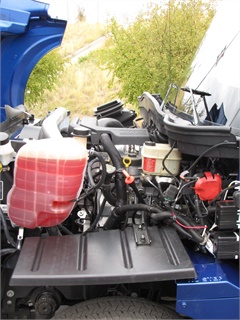 Judge Ellis further wrote that: “The United States Securities and Exchange Commission alleges that Defendant Daniel C. Ustian, Navistar’s former CEO and president, was so driven by a desire to produce an engine that the EPA would approve and customers would buy, he engaged in securities fraud and misled investors to think that Navistar had such an engine despite knowing that Navistar could not produce an engine that could satisfy both the EPA and Navistar’s customers ….”

However, Ellis also ruled that the SEC didn’t sufficiently support allegations that Ustian is liable for statements to investors in 2012 at an analyst conference call, and so cannot proceed on those claims.

The SEC suit does not address financial losses suffered by truck owners due to the A-EGR diesels’ lack of reliability. Navistar diesels now are equipped with SCR equipment supplied by Cummins, and Cummins diesels are popular options.

Navistar continues to work to reduce losses and regain sales. In September, it was announced that Volkswagen Truck & Bus is taking a 16.6% equity stake in Navistar International Corp. as part of a “wide-ranging strategic alliance” that will initially focus on providing powertrains for Navistar trucks starting in 2019.