The House of Representatives on Dec. 3 approved by a wide bipartisan margin the Fixing America’s Surface Transportation (FAST) Act, the compromise highway bill legislation that emerged Dec. 1 from the House-Senate Conference Committee that was tasked with resolving differences between the surface transportation bills passed earlier this year by the House and Senate.

The House voted 359 to 65 in favor of the FAST Act Conference Report. The bill is a fully funded five-year reauthorization of federal highway and transit programs.

According to the House Transportation and Infrastructure Committee, the Fast Act “reforms and strengthens transportation programs, refocuses on national priorities, provides long-term certainty and more flexibility for states and local governments, streamlines project approval processes, and maintains a strong commitment to safety.”

House T&I Committee Chairman Bill Shuster (R-PA), who also served as chairman of the Conference Committee called the bill “one of the most important measures this Congress will pass.” He added that the bill is “an investment in America and the infrastructure that underpins our economy.  I appreciate the work of all my colleagues on the Transportation Committee and the Conference Committee, on both sides of the aisle, in working to move this legislation forward for our country.”

“This is a common-sense, bipartisan bill that provides our state and local governments with the certainty they need to begin to plan for long-term projects that bring our aging system into the 21st century,” said House T&I Committee Ranking Member Peter DeFazio (D-OR).

DeFazio noted that he is “happy that the FAST Act includes higher funding levels than the House-passed bill." He said he was "also pleased that it includes a critical provision I advocated for that allows for automatic adjustments and increased infrastructure investment in the future if Congress does the right thing and comes up with more revenue to deposit into the Highway Trust Fund.  This mechanism will allow funds to be invested in our surface transportation infrastructure, without any additional action by Congress.” 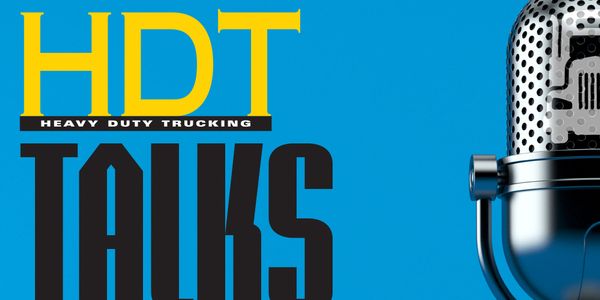 Heavy Duty Trucking has launched a podcast, HDT Talks Trucking, designed to give listeners expert analysis of industry trends and the stories behind the news.

The acquisition of Chicago-based Spirit Trucking gives Mark-It Express a combined total of 175 trucks, giving it more capacity and enhancing its hauling and brokerage services.

Weaker spot rates are mainly to blame for a dip in the latest FTR Trucking Conditions Index, which tracks the industry via freight volumes, freight rates, fleet capacity, fuel price, and financing