The Federal Motor Carrier Safety Administration released a report on Oct 8 that finds that “the amount of data used in the agency’s Safety Measurement System (SMS) is clearly sufficient to allow FMCSA to identify high-risk truck and bus companies.”

FMCSA said the report, required by Congress, shows that SMS “effectively identifies the truck and bus companies involved in 90 percent of the more than 100,000 crashes that occur each year, and those that are identified as high-risk carriers continue to have crash rates that are twice the national average.”

In examining commercial motor vehicle crash rates, FMCSA said it looked at carriers of various sizes, per the Congressional directive, and the “analysis revealed no significant difference in actual crash rates between small carriers and those with 20 or more roadside inspections.”

Furthermore, the agency said its examinations also determined that the category of carriers with 11 to 20 inspections and patterns of non-compliance has the highest crash rates.

FMCSA said that determination presents “a clear and immediate intervention opportunity for the agency to proactively bring these carriers into compliance with important safety regulations, including: hours-of-service limitations designed to prevent fatigued driving; vehicle maintenance, and; commercial driver’s license requirements.”

The agency went on to state that its current SMS data-sufficiency standards allow it “to effectively identify and proactively intervene with high-risk carriers before a crash involving a large truck or bus occurs.”

FMCSA said it had disagreed with the Government Accountability Office’s recommendation, issued in March, that the agency increase the minimum number of required roadside safety inspections needed before prioritizing truck and bus companies for interventions because “a delay in responding to known non-compliant carriers would needlessly jeopardize the safety of the motoring public.”

The agency noted that under current Federal Motor Carrier Safety Regulations, a carrier’s safety fitness can only be assigned following an on-site investigation and called the SMS, a component of its Compliance, Safety, Accountability (CSA) program, “a tool to prioritize” high-risk truck and bus companies for enforcement interventions.

“Today’s report underscores the critical importance of considering carriers of all sizes in the agency’s continuing efforts to remove unsafe carriers and commercial drivers from the nation’s roadways and protecting travelers everywhere,” stated FMCSA.

Be Prepared for Winter Driving Success 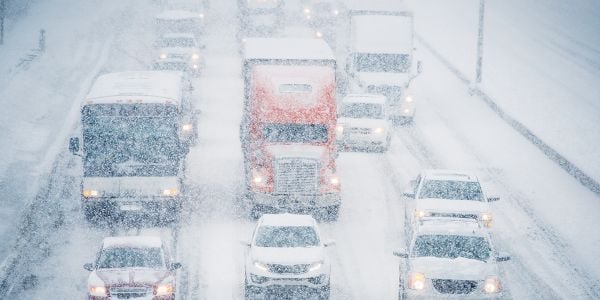 Preparing your trucks for the road can include any number of different checklists, but when it comes to driving through inclement winter weather, there are a few more things to check off.

Roadcheck 2020 to Focus on Driver Inspections

In a letter to the Federal Communication Commission, leaders and members of the House Committee on Transportation and Infrastructure criticized that agency’s effort to open up the 5.9-gigahertz wireless communication spectrum to non-transportation use.

HDT Executive Editor David Cullen takes you inside the exhibit hall of the Transportation Research Board's 99th Annual Meeting. TRB works to advance all modes of transportation, including improving highways to make freight movements by truck safer and more efficient.

The FMCSA declared a Nevada-licensed commercial driver to be an imminent hazard to public safety, ordering him to cease operation of any commercial motor vehicle in interstate commerce.

Geotab has added the Drivewyze PreClear weigh station bypass service to its Geotab Marketplace, the company announced at its Geotab Connect 2020 event.

The federal Drug and Alcohol Clearinghouse is finally rolling out this month. This electronic database will track commercial driver’s license holders who have tested positive for prohibited drug or alcohol use, as well as refusals to take required drug tests, and other drug and alcohol violations.