The OEM also stated that in Q2 it was cash flow positive and that it finished the quarter with $784 million in manufacturing cash, cash equivalents and marketable securities.

In addition, the company advised that its Q2 2015 EBITDA was $85 million vs. an EBITDA loss of $119 million in the same period last year. In a June 4 conference call with investors, Navistar President and CEO Troy Clarke attributed this $204 million year-over-year improvement to an increase in truck segment sales, having a “favorable product mix” and the continuation of lower warranty expense and cost reductions.

"We continue to make solid improvements in our North American truck and parts businesses and are especially encouraged by the progress in our bus business as well as increased market share in our medium-duty business, where we saw significant improvement in sales to major rental and leasing fleets and strong results in dealer-led sales," he continued.

Clarke noted that the 38% quarterly gain in North American truck sales also translated to a 10% year-over-year increase, which he said included a 24% increase in Class 6 and 7 medium trucks and a 9% increase in combined Class 8 trucks.

"We continue to take the right actions to improve the business and expect to achieve in excess of an 8 percent EBITDA margin run rate as we exit the year," he added. "We think 2016 will be another strong year for the North American industry and we believe we're well positioned to take advantage of favorable market conditions for our core businesses."

Navistar is “projecting a continued strong North American industry for FY2016 with retail deliveries of Class 6-8 trucks and buses in the U.S. and Canada to be in the same range as FY2015."

Indeed, Navistar said it is “projecting a continued strong North American industry for FY2016 with retail deliveries of Class 6-8 trucks and buses in the U.S. and Canada to be in the same range as FY2015 — 350,000 to 380,000 units — with a stronger mix of school buses and medium-duty trucks.”

The company pointed out that it expects to attain more than $13 million in annual savings on fixed costs by “completing its exit from the foundry business as operations in Indianapolis wind down by the end of the summer.”

It described the acquisition of a test track and proving grounds in New Carlisle, Ind., as a “key strategic addition to the company's product development operations, allowing for comprehensive testing and validation of new vehicles and innovative technologies.” Navistar also noted that it had announced during Q2 that it would be the first OEM to go to market with the Bendix Wingman Fusion advanced safety system, which it offers on International Class 8 on-highway tractors.

Parts. Recorded a profit of $133 million, flat compared to Q2 2014. Navistar noted that “sales and margin improvements in North American commercial markets were offset by a decrease in export and Blue Diamond Parts sales.”

Global Operations. Recorded a profit of $1 million compared to a year-ago Q2 loss of $162 million. Navistar said  the year-over-year gain was primarily due to one-time non-cash asset impairment charges in Q2 2014, noting that “the remaining improvements in segment loss were primarily due to lower manufacturing and structural costs as a result of restructuring and cost-reduction efforts.”

Financial Services. Segment. Recorded a profit of $22 million compared to Q2 profit of $24 million. Navistar said this “reflected an increase in revenue that was more than offset by a higher provision for loan losses in Mexico and lower income from intercompany loans.” 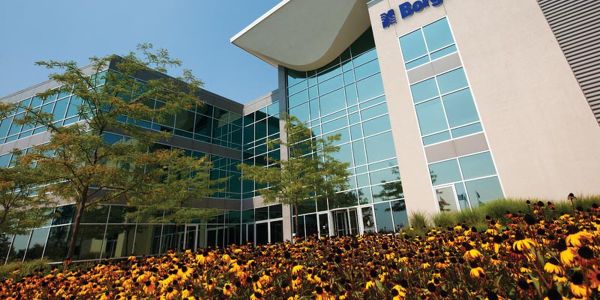