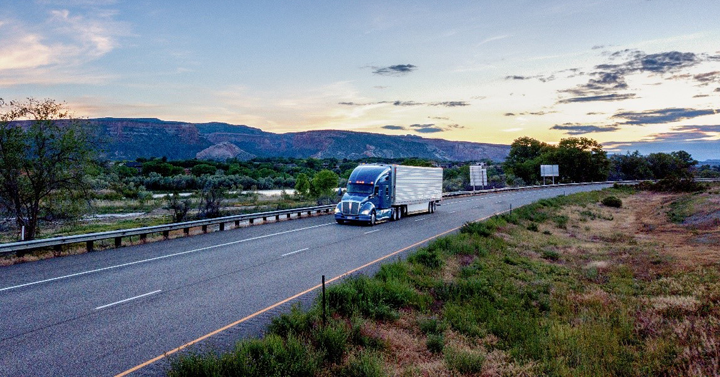 With rising oil prices and growing pressure to curb emissions, it’s a great time to look for new ways to save fuel.

When it comes to heavy-duty trucks, a host of factors affect fuel economy. Some are more apparent, like the efficiency of the engine and the aerodynamics of the tractor and trailer. Others are more subtle, such as the viscosity and condition of the engine oil and the rolling resistance of the tires. Driver behavior and routing decisions also play key roles in how much fuel is used on any given trip.

For fleets looking to boost efficiency and reduce fuel consumption, here are eight areas to target for better fuel economy.

Bad driving habits may be hard to break, but the rewards of better driving can include increased safety and decreased fuel use.

For example, avoiding high speeds can lessen the risk of a crash while reducing air resistance on the vehicle. Each mph over 55 mph chips away at fuel economy by 0.1 to 0.2 mpg due to the increased air resistance. To highlight the impact, Shell gives the following illustration:

Instead of racing to a red light or queue of traffic, stopping sharply, and then accelerating quickly, a fuel-efficient driver will see the red light or slowing traffic and reduce speed gradually. If the light turns green or the traffic starts to move, the driver won’t have to come to a complete stop, which means less acceleration.

Along with the behavior of the driver, route planning impacts fuel use. The biggest obstacles to efficiency are hills, which strain the engine and burn more fuel.

When planning routes, look for long, straight stretches of road, flatter terrain, and fewer stoplights and stop signs to reduce the need for acceleration. The more cruising time on the route, the less fuel the truck will use.

Cutting down on idling is an effective way to save fuel for any vehicles, and even more so for sleeper tractors.

Furthermore, a North American Council for Freight Efficiency (NACFE) report found that a 20% reduction in idling is possible with the right combination of technologies.

There are a variety of technologies for sleeper tractors to curb idling. Those include engine-off HVAC systems, auxiliary power units (APUs), and solar panels.

Driver training and incentives are additional pieces of a successful idling-reduction program. For instance, drivers can get in the habit of cooling the cabin before stopping for breaks and parking with the windshield facing away from the sun.

Jones adds that telematics has become a key tool in idling-reduction efforts, because it gives managers a full picture of fleet activities.

To reduce air resistance on a tractor and trailer — and thereby improve fuel economy — a full range of aerodynamic add-ons are available.

One of the prime places for aerodynamic improvement is the tractor-trailer gap, which has a direct correlation to air resistance, or drag. In other words, the longer the gap, the greater the drag.

Similarly, the underbody of the tractor and trailer is an area where restricting air flow translates to better aerodynamics. The rear of the trailer also offers the potential to reduce drag by modifying air flow.

Aerodynamic devices to address these three areas include:

Along with optimizing aerodynamics, fleets can tap into the benefits of lightweighting to further boost efficiency.

Specifying lighter-weight materials in various areas of the tractor and trailer — including the powertrain, axle suspensions, wheel ends, drive shaft, frame, and fifth wheel — can reduce fuel consumption and emissions.

“Lighter trucks and trailers don’t use as much fuel,” Jones says. “They can pick up speed faster and stop shorter, too. That means better fuel mileage, and that’s just one of the benefits of lightweighting.”

The practice also offers the potential to increase payloads. When trucks gross out (carry the maximum allowable weight), they can carry more cargo if the vehicle itself is lighter.

6. Fine-Tuning the Powertrain and Chassis

Adjustments in the powertrain and chassis can help trucks run more efficiently. For example, engine parameters can be optimized for fuel economy in numerous areas, such as vehicle speed and idling reduction. According to NACFE, fleets can boost fuel economy anywhere from 3% to 8%, depending on how many parameters they optimize.

Another option is downspeeding, which enables the engine to operate at the most efficient speed by lowering the numerical rear gear ratio. Downspeeding can increase fuel economy by 2% to 3%, NACFE found.

When it comes to the chassis, truck manufacturers have reported that a 6x2 axle configuration can improve fuel economy. In a 6x2 configuration, power goes to only one of the tandem rear axles instead of both, as in a 6x4. This eliminates the additional weight and drag of a second drive axle. Also, 6x2s offer the option of a liftable non-drive axle to reduce rolling resistance when carrying lighter loads.

However, he notes that 6x2s have potential drawbacks, including reduced torque, reduced traction, and increased tire wear due to torque being delivered to one drive axle.

With the sheer number of wheels on a tractor and trailer, tires present great potential for fuel economy gains. The key factors are the type of tires and the pressure at which they are inflated.

On the inflation front, NACFE has reported that a 10 psi underinflation of tires increases fuel consumption by 0.5% to 1.0%. To aid in maintaining optimum tire pressure, fleets can install automatic tire inflation systems on their trucks. Like tire pressure monitoring systems, these devices use sensors to monitor tire pressure, but they also take the next step by automatically adding air to the tires when pressure dips below a preset level.

As for the tires themselves, fleets looking to boost fuel economy should consider low rolling resistance (LRR) tires, which are designed with features like ribbed tread patterns and shallow grooves to decrease energy use as the tires roll along the road. The higher purchase price of LRR tires can be offset by fuel savings throughout their life cycle.

“While these tires might cost a bit more, research shows that you gain about 1 to 4 mpg for a 10% reduction in rolling resistance,” Jones notes. “While that doesn't sound like much, when you add it up over the course of a year, it can more than make up for the higher purchase price.”

Furthermore, fleets should look for engine oils with a comprehensive additive package. For instance, Shell combines seven additives with its high-quality base oils, bolstering their effectiveness and helping to enhance fuel economy — particularly for low-viscosity oils.

Jones emphasizes the importance of additives.

“Over time, engine oil that lacks the proper additives can cause increased wear on your engine,” Jones says. “It may result in poor fuel economy, rust and corrosion, oil sludge, overheating, and possibly engine failure.”