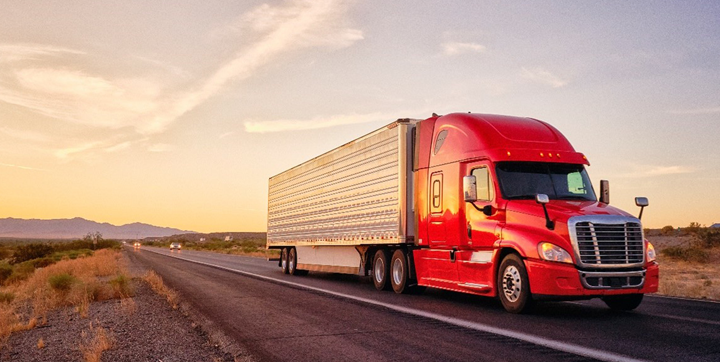 As truck fleets seek new ways to gain efficiency in their operations, many are discovering the role of engine oil in optimizing fuel economy.

Extensive real-world testing has shown that low-viscosity oils can boost engine efficiency while still providing high performance and protection. This is an important finding as demand increases for better fuel economy.

On the fiscal front, the potential savings are significant. For example, if fuel economy increased by 1% for every truck in the U.S., the nation’s fleets and owner-operators would save a total of about $3 million on a daily basis.

But, the need for increasing efficiency goes beyond the cost benefits. Reducing greenhouse gas emissions is another key factor as pressure mounts for fleets to reduce their carbon footprint. To put it in perspective, each gallon of diesel burned emits 22.4 pounds of CO2 into the atmosphere.

To help truck fleets on the path to higher efficiency, here’s a look at how the right diesel engine oil can help increase fuel economy and, in turn, decrease carbon emissions.

As a first step in seeking efficiency gains, fleet operators should consider using a premium engine oil that meets a higher specification.

FA-4 oils provide all the benefits of the CK-4 formulations, but they are formulated with a lower HTHS (high temperature high shear) viscosity, which can boost fuel economy compared to oils with higher HTHS viscosities.

Real-world research by Shell has found that lower HTHS viscosity correlates to improved fuel economy. Even so, it’s important for fleets to know that they can tap into the efficiency benefits of low-viscosity oil without sacrificing engine protection and performance.

Many truck operators have been reluctant to move from thicker oils to thinner ones. Reasons include habit and familiarity with higher-viscosity oils, concern about performance and engine protection with lower-viscosity oils, in addition to higher costs for the latter.

So why should fleets consider switching to lower-viscosity oils? For starters, they can reduce fuel consumption by decreasing the amount of energy needed to keep engine components moving.

To illustrate this concept, imagine stirring a jar of honey and a glass of water. Michael Thomas, a transport technical expert for Shell Lubricants, explains that stirring the honey requires more effort than the water, because honey is more viscous.

“This same principle applies to your engine,” Thomas says. “Lower-viscosity oils are easier to pump through the engine and offer reduced resistance to moving engine parts, which ultimately helps improve fuel economy.”

In addition to the fuel economy benefits, Shell’s trials — including extensive testing with many Class 8 engines — have shown that low-viscosity oils can still provide a high level of performance and protection.

“The myth that low-viscosity motor oils are too thin and can compromise the protection of your engine over time has proven untrue with today’s new engine oil formulations,” says Cornelius Jones, a transport technical expert for Shell Lubricants.

“This is mainly due to the new engine technology that includes lighter metals, increased fuel economy, and better emission controls,” Jones explains.

The trials combined real-world urban and highway driving conditions with precise measurements, using the vehicles’ electronic data loggers and weighing fuel tanks before and after each test run to gauge fuel consumption. The result was a comprehensive study that closely matched customers’ operating conditions.

“We believe Shell to be the first organization to conduct a fuel-economy trial of this scale and complexity,” says Dr. Jason R. Brown, Shell’s global technology manager for heavy-duty diesel engine oil. “At the heart of this trial is a drive for the Shell technology team to deliver credible results to our customers using their equipment.”

The impact of oil additives

Oil additives play an important role in helping lower-viscosity oils protect the engine and keep it clean. These additives, which make up 15% to 25% of a gallon of diesel engine oil, also help maintain the integrity of the oil itself.

For example, antioxidants slow the oxidation of oil, resisting increases in viscosity and fighting the formation of sludge and varnish. Dispersants also deter sludge build-up by keeping foreign particles suspended in the oil.

Meanwhile, viscosity-index improvers keep engine oil from becoming too thin at high temperatures, ensuring that the oil can continue to lubricate properly. On the other end of the thermometer, pour-point depressants keep the oil flowing at low temperatures by warding off wax crystals.

Anti-foaming agents stop the formation of harmful air bubbles in engine oil, while detergents neutralize the build-up of acids. Both help extend the life of the oil.

Shell combines all of these additives with its high-quality base oils, bolstering their effectiveness and helping to enhance fuel economy — particularly for low-viscosity oils.

With a premier additive package and extensive real-world testing, fleets can be confident in the quality and durability of Shell Rotella’s low-viscosity oil offerings as they look for further efficiency gains.

“Drivers, fleet owners, and manufacturers alike are increasingly turning to engine oil as a way to enable and deliver fuel economy benefits,” says Taylor Kooken, fleet marketing manager for Shell Lubricants. “And we expect this trend to keep growing.”